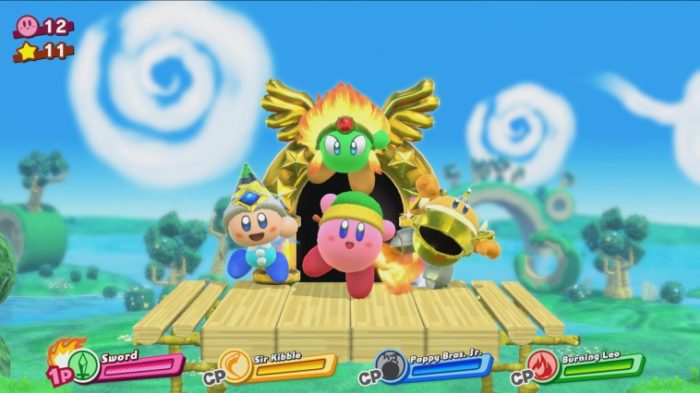 Nintendo’s Mini Direct aired earlier today and, whilst being short, featured loads of awesome new games for Switch owners to get excited for such as Dark Souls Remastered, Payday 2, and Mario Tennis Ace. However, Kirby fans will be most excited to check out the new Kirby Star Allies gameplay trailer that was shown.

Kirby Star Allies, sees Kirby return with a variety of new abilities such as the Spider ability, which allows Kirby to trap his enemies in a sticky web. Kirby can also mix and match ability combos to make special friend abilities. Kirby can combine water and ice to make a powerful Icicle Lance, or you can simply toss your friend at an enemy.

The game will feature four-player co-op that can be used to open up new paths for players and help overcome powerful enemies. Kirby Star Allies is set to be released for the Nintendo Switch on March 16. Kirby fans may also want to check out the Kirby Battle Royale demo that’s currently available for the Nintendo 3DS.