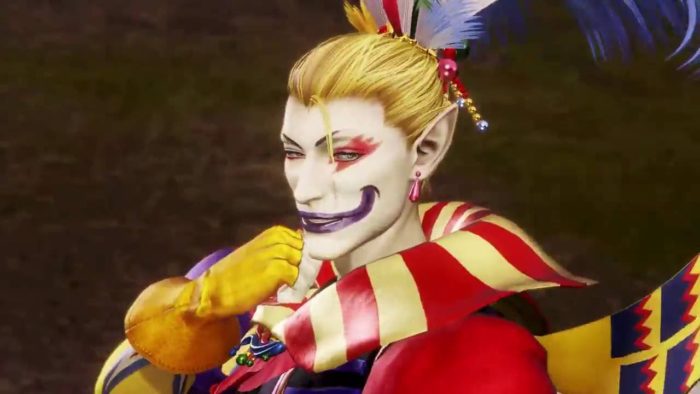 Towards the end of the month, Final Fantasy XIV Stormblood will be rolling out a massive new update. The update, titled Rise of a New Sun will be introducing a number of new bosses, raid dungeons, quests, and perhaps most notably of all Kefka Palazzo.

In a trailer for the update, players can get a glimpse of what’s to come. However, Final Fantasy veterans may see a few familiar faces, especially if they ever played Final Fantasy VI. A few classic enemies and bosses from the game including the ever iconic Phantom Train make some gracious appearances. Sadly, it’s unlikely we’ll get to suplex the train this time around; but it’s showcased quite nicely in the trailer alongside several other bosses, characters, and plot points. All to the delightfully nostalgic sounds of Dancing Mad, also from Final Fantasy VI. The most interesting part though, comes at the very end. When the trailer fades to black and the music fades we get a glimpse of Kefka’s face, followed by his signature laugh.

Kefka Palazzo was the main antagonist of Final Fantasy VI and is considered by many to be one of if not the greatest villain in Final Fantasy history. Little is known of his inclusion thus far, but with how prominently Final Fantasy VI is featured in the trailer it’s likely he will play a major part in the coming update.

Among other things, Final Fantasy XIV’s Rise of a New Sun update will be adding new mounts, buildable submersibles, a Hard Version of The Fractal Continuum and a new dungeon called Hell’s Lid, along with some changes to PvP.

The Rise of a New Sun will be officially released on January 30 for PS4 and PC. For more detailed information, check the official game website.