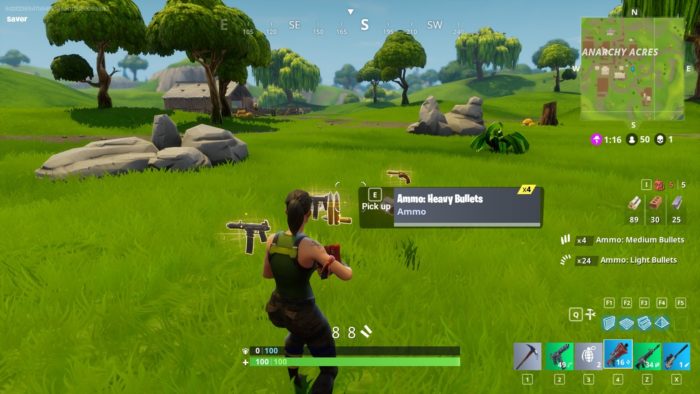 Fortnite: Battle Royale has just welcomed its first update of 2018, which was applied on Xbox One, PlayStation 4, and PC today. It brought a new game mode in addition to the highly coveted silenced pistol, which you can nab from treasure chests, loot boxes, and supply drops in both Epic and Legendary versions.

The new game mode is on its way, and it’s called Sneaky Silencers. It’ll only be available for a limited time, and it has players matching up against each other using suppressed pistols and SMGs, with zero options to use traps. The Bush will be available in abundance so you can hide and up your stealth quotient, because sneaking around in Sneaky Silencers is the order of the day.

The mode will be available to try from Jan. 5 through Jan. 8, and it will be replacing the previous limited time mode that had players going at each other’s throats while using explosives. It’s going from one extreme to another, of course.

You can play Fortnite’s Battle Royale mode right now for free if you’re interested in trying something new for a change, or if PUBG is rubbing you the wrong way. There’s a lot of fun to be had in Epic’s battle royale title.