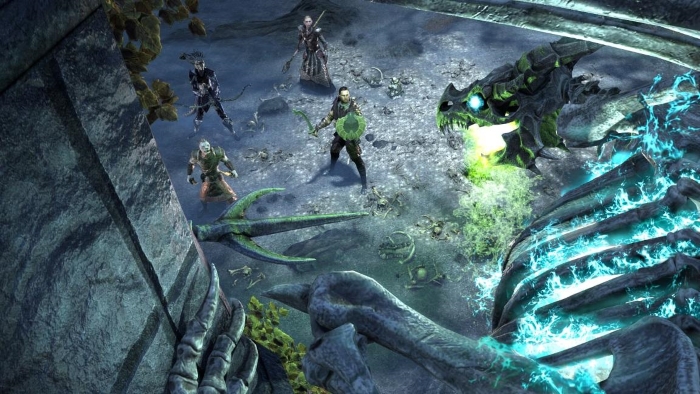 The Elder Scrolls Online developer ZeniMax Online Studios announced the next expansion for its MMORPG and revealed more details on the game’s first update of 2018.

The Dragon Bones DLC Game Pack features two new dungeons – Scalecaller Peak and Fang Lair – with new items, monster sets, and achievements. The two dungeons offer encounters with new and returning enemies, such as “plague-ridden ogres, powerful sorcerers and their undead creations, and even the reanimated bones of an ancient dragon.”

Update 17 is set to release alongside the DLC pack sometime in February, and this free update for all Elder Scrolls Online players will include new features like:

The Dragon Bones expansion will be available to purchase through the game’s Crown Store, while ESO Plus members can access the new content at no additional cost. According to Zenimax, players will be able to try out both the DLC and Update 17 in the Public Test Server next week.