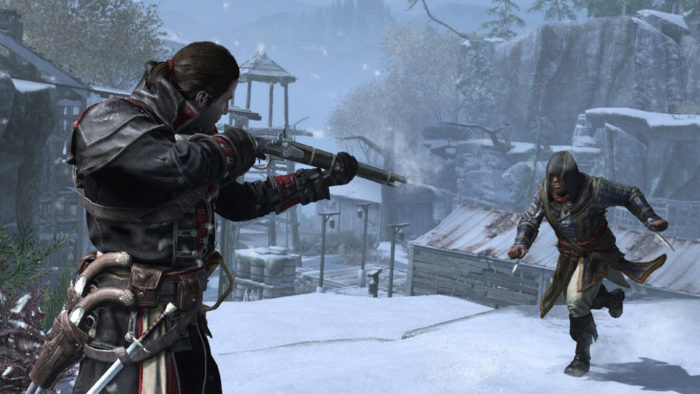 It’s finally time to get to know Shay Patrick Cormac better. Assassin’s Creed Rogue is coming to both Xbox One and PlayStation 4 this March with 4K support for PS4 Pro and Xbox One X. You’ll be able to see it all in Assassins’ Creed Rogue Remastered.

The game will also include new high-res textures and shadows, improvements to its environmental rendering, and additional new visual effects to make the game look better than it’s ever looked — which isn’t hard, considering it’s now available on current-gen consoles for the first time.

You’ll also get all of the DLC and expansion packs that originally came with the game, as well as two bonus missions in the form of The Armor of Sir Gunn and The Siege of Fort de Sable, in addition to the goodies that came with the Master Templar and Explorer packs. If you’re feeling fancy, you can dress up in Bayek’s outfit from Assassin’s Creed Origins as well.

You can pick up the newly-remastered version when it drops Mar. 20.