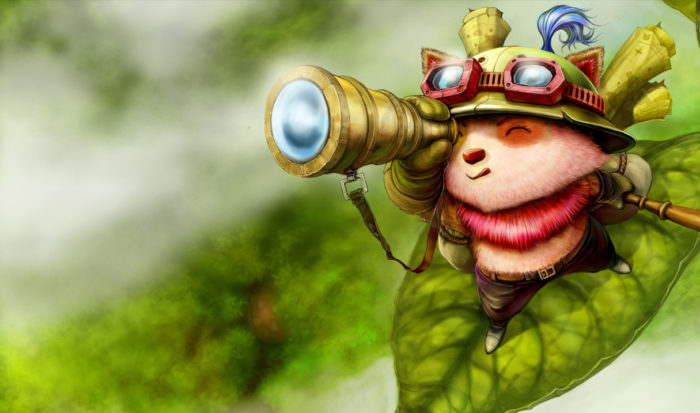 It looks like Riot Games has been hard at work on another addition to the League of Legends universe, thanks to a new game listing. A title called Teemo’s Adventure has been approved for sale in China and analyst Daniel Ahmad has uncovered it in a recent tweet. Ahmad found the title in a list of GPC-approved games, along with other titles that have recently been greenlit for consumers to buy in China.

Teemo is a player favorite, and though many supposedly can’t stand him, he’s one of the cutest champions in the game. It makes sense that Riot would eye the mascot-like character for his own game, which is supposedly a PC release with Riot Games as the developer and Tencent as publisher.

Not sure if Western media is reporting on this yet.

Looks like a game called “Teemo’s Adventure” has been approved for sale in China. Riot Games is listed along with Tencent as the developer / publisher.

It’s going to be a PC game apparently.

Teemo is a LOL champion. pic.twitter.com/5cVLWvkuex

Unfortunately, beyond this swift find from Ahmad, there’s no further information on either what the game is or how it might be played. Riot has offered no comment on the matter, so it looks like eager League of Legends fans will have to wait a little longer to see what kind of game we’re dealing with here before embarking on an adventure with Teemo.