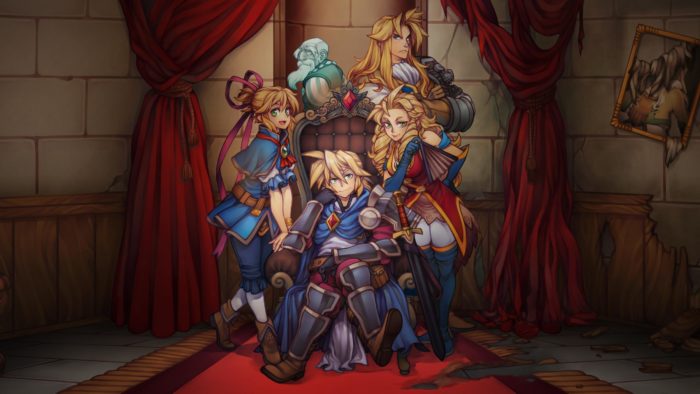 PlayStation 4 owners keen on a fresh JRPG experience are in luck, as indie tactical title Regalia will be arriving in Q1 2018 in what is being dubbed as the Royal Edition.

Receiving its funding from a successful Kickstarter more than two years ago, Regalia is a turn-based RPG where battles take place on a grid, and players take on the role of a plucky hero who has inherited a kingdom in debt. It launched on Windows, Linux, and Mac in May, offering a strong focus on narrative, hand-drawn 2D backgrounds, and an orchestral soundtrack.

The developers, Pixelated Milk, are a team based in Poland, and describe Regalia as being a love letter to JRPGs with its own sense of style. As per the official PlayStation blog; “Our game both is and isn’t a JRPG. It’s a creature of its own. It’s got its own flavor and charm. Like New York pizza that would not have come to be if it wasn’t for its Italian ancestry, but stands well enough on its own and is loved for what it is, not for where its roots go.”

Check out the trailer for Regalia: Royal Edition, and get ready to rough up some ghouls sometime next year!