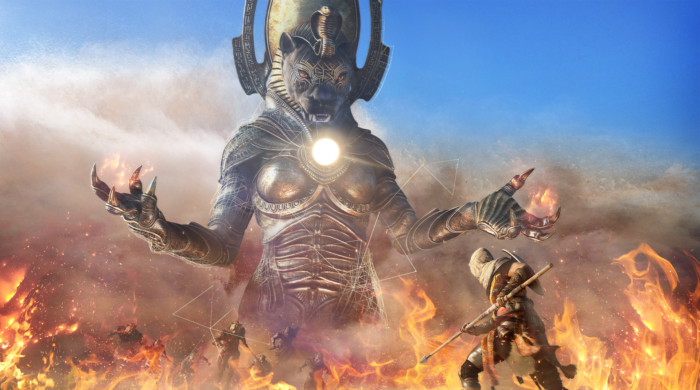 A new Horde mode will feature as part of Assassin’s Creed Origins’ major updates before the end of the year, along with a surprise new quest and a harder difficulty setting.

According to Ubisoft’s official blog post, the new event quest entitled ‘Here Comes a New Challenger’ will pit you again endless waves of enemies within the Cyrene arena. There’s a suggested minimum level of 32 for anyone keen on giving it a go, so don’t expect an easy time of it. Another surprise quest is hinted upon, but what it might entail won’t be revealed until the title update later this month.

Horde mode will be joined by a number of other major updates, including the addition of a new difficulty setting called ‘Nightmare’. Beyond the current highest difficulty setting, Nightmare will increase enemy damage and their resilience to your attacks. Ubisoft will also introduce enemy scaling to the game, which allows players to choose whether enemies are scaled to their current power level or remain as is.

The Trials of the Gods will also continue, with the introduction of the warrior goddess Sekhmet following the previous challenges against Anubis and Sobek. Players will also soon be given the opportunity to fight against all three Gods, though hopefully not all at the exact same time.

All of the announced updates, along with new armour sets and equipment, are scheduled to release before the end of the year.