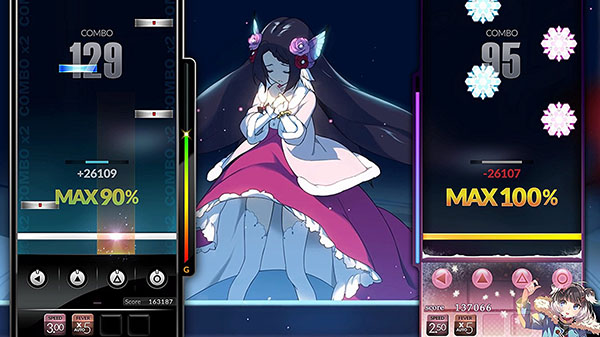 DJMAX Respect is, quite surprisingly, getting a release on PlayStation 4 via the PlayStation Store in 2018, according to Neowiz Games. It’ll be shown off and on display at PlayStation Experience 2017 next week in Anaheim, California.

The game is the “culmination” of all past DJMAX rhythm game releases, and will include every single song previously available in the games that came before it, even those that were available as DLC after the game’s launch. That means 147 total with 40 new songs created specifically for DJMAX Respect.

The older songs have been remastered with 1080p resolution and 60fps gameplay. It will also include local and online multiplayer, which is a series first. You’ll also be able to collect achievements, hit up the leaderboards, and participate in collections. The western release will only be available as a digital version, but there’s a Southeast Asian version of the game already available in Southeast Asia. If you purchase the western version’s DLC however, it won’t be compatible with the Southeast Asia version.

Right now, there’s no concrete release date for DJMAX Respect, but you can look for it next year.