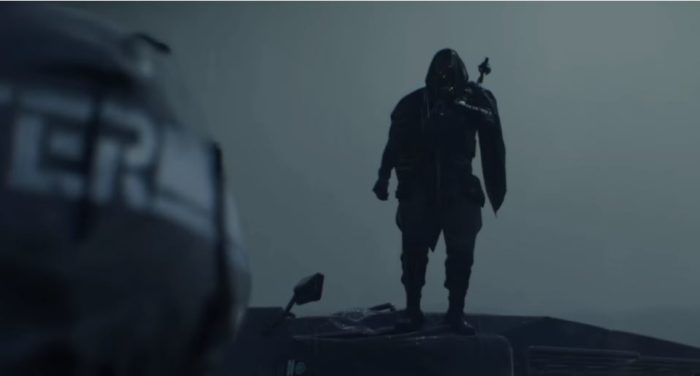 The eight-minute long bizarre Death Stranding trailer that debuted at The Game Awards 2017, which featured a Psychomantis-like character and a fetus inside Norman Reedus’ body, was running in real-time on the PlayStation 4 Pro and supposedly features a playable scene.

Speaking at the PlayStation Experience 2017 Opening Celebration, game director Hideo Kojima said the latter half of the Death Stranding trailer where Reedus fell inside the water is now playable internally. “You just saw the trailer, that is all working in real-time on the PlayStation 4 Pro,” said Kojima via a translator. “And also in the latter half of the trailer, you see Norman in the water swimming towards his own body – that’s all playable.”

In the trailer, Reedus was transported back to land after he and his friends fell inside the water. No wonder it doesn’t make much sense due to the missing sequence.

Similarly, no one has fully grasped the plot of Death Stranding despite having three full-length trailers since E3 2016. However, technical producer Mark Cerny said the game will start to make sense after players spend a few hours with the game. “That trailer is a little strange, but the strangest thing is that after you’ve played the game for 4-5 hours all of that starts to make sense,” said Cerny.

At present, no one understands yet how Death Stranding would play like. Based on several teases from Kojima, all we know so far is that it is an intuitive open-world action adventure game with an online functionality where ropes are used to connect people together, instead of sticks.