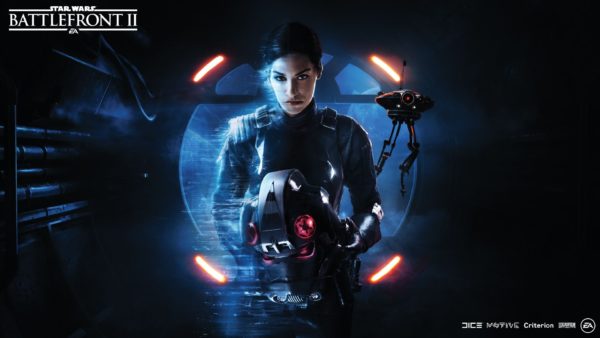 Star Wars Battlefront 2 brings the much-requested single player campaign to the series, following an Imperial commander named Iden Versio, leader of the elite Inferno Squad. While the campaign may be short, it adds on some interesting lore to the overall series, and tries to link the original trilogy with The Force Awakens.

Battlefront 2’s story keeps things nicely varied by switching up who you play as, now always centered around Iden. It’s a pretty straightforward story, but it can be easy to miss a few lore pieces if you aren’t totally up to speed on Star Wars. We’ll help walk you through the different events that happen in the game, and break them down by every two chapters. As such, we’ll be spoiling the entirety of the Star Wars Battlefront 2, right down to the ending. So if you haven’t beaten it, or there’s anything you want to experience yourself, turn away now.

Prologue and Mission 1 – The Cleaner and The Battle of Endor 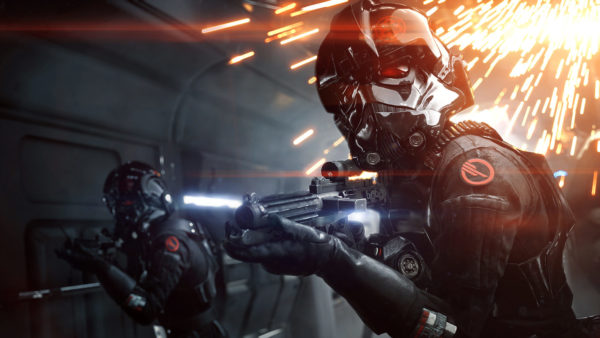 Star Wars Battlefront 2 starts with Iden Versio captured by Rebel forces and held prisoner, as she’s interrogated for information. Unbeknownst to the Rebels, Versio allowed herself to be captured in order to delete and encrypted transmission that the Rebel Alliance had intercepted from The Empire. This transmission held details on the Empire’s plant to lure the Rebels to Endor, and completely wipe them out there. With the help of her trusty backpack droid, Versio manages to escape captivity, delete the transmission, and then battle her way off of the ship and onto the Imperial ship Corvus. There she confirms the mission’s success with the other members of Inferno Squad, Gideon Hask and Del Meeko.

Now we move the The Battle of Endor, where we see Inferno Squad taking part by securing the area around the ruined shield generator. The squad watches in disbelief as the Empire’s plan fails and the Death Star II explodes. Scattered and broken Inferno Squad and other Imperial forces battle their way through Rebels to reach transports, so they can retreat, and Iden can meet her father on the Imperial Star Destroyer Eviscerator.

Mission 2 and 3 – The Dauntless and The Observatory 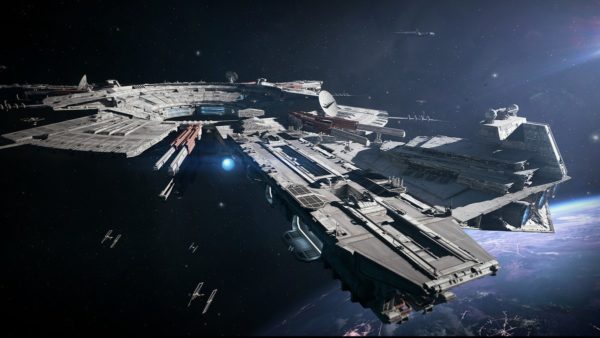 Aboard the Eviscerator, Iden meets with her father and a messenger of The Emperor himself. The messenger displays a hologram of The Emperor that tells Admiral Versio to begin Operation Cinder, his last command. Iden is sent to retrieve a target, and as she tries to ask what it is the messenger violently cuts in that she’s not verified. Iden is then sent to the planet Fondor, which appears in Star Wars lore as a research center. Inferno Squad’s task is to protect Moff Raythe and the Destroyer Dauntless, which houses experimental satellites crucial to Operation Cinder. They do battle with a Rebel Cruiser, but ultimately Iden is able to free the Dauntless and destroy the attacking rebels.

After Fondor we see agent Del Meeko sent to the planet Pillio, with orders to destroy one of Palpatine’s secret bases. However, we actually play as Luke Skywalker in this level, who is inexplicably drawn to the planet by the Force. Luke battles through Imperial forces and ends up saving Del. The pair agree to work together to survive and turn off the Imperial base’s defense system. They eventually find Palpatine’s stash of war spoils, where Luke finds a mysterious device that he keeps. Del and Luke part ways amicably, and the event is what first causes Del to question his allegiance to the Empire.

Mission 4 and 5 – The Storm and Outcasts 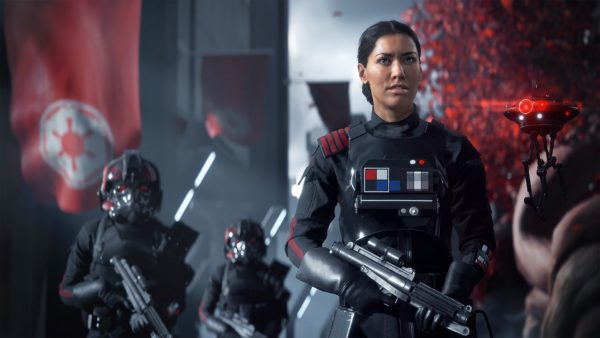 Iden and Inferno Squad are now sent to the Imperial-controlled planet of Vardos to retrieve Protectorate Gleb, who’s deemed by Admiral Versio to be important to Operation Cinder. It turns out that Vardos is the testing ground for Operation Cinder, which begins tearing the planet apart with terrible storms caused by satellites. Iden and Del try to evacuate citizens, which in the eyes of Hask breaks their orders. Hask betrays them, and the pair now disillusioned with the Empire evacuate citizens and escape the planet at traitors.

Now on the run from the Empire, Iden and Del choose to contact the Rebel Alliance and give them information about Operation Cinder. The two are taken to General Lando Calrissian, who gives them the option of either helping them stop Operation Cinder or simply leave. Naboo is the next target for the Empire, so Del and Iden help destroy the satellites, then join the forces on the ground.

Mission 6 and 7 – Royalty and General Distress 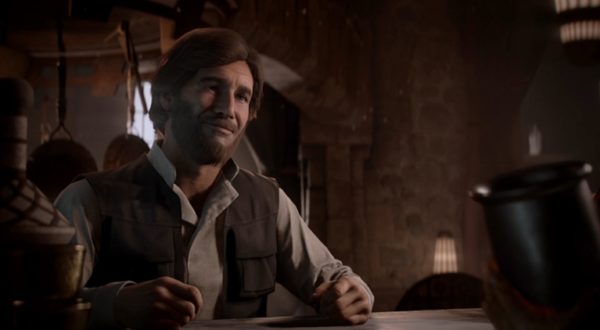 On the ground Iden and Del join up with Leia Organa and defend Theed from Imperial attack. Working together they barely scrape through the battle, taking down multiple Imperial walkers in the process. It should be noted that this is the first look we’ve ever gotten of Naboo and Theed after the events of the prequel trilogy and The Clone Wars.

With Naboo protected, Iden’s new task is to track down General Han Solo, who’s somewhere on the planet Takodana. Now the perspective switches to Han Solo, who’s trying to meet with an Imperial defector to get information that might help him and Chewbacca free the enslaved wookies on Kashyyyk. Han meets with the informant, comes under fire from Imperials, and manages to escape through the help of Iden and Del. This is the last we see of Han and Chewie in Battlefront 2, as presumably they’re off trying to liberate Kashyyyk.

Mission 8 and 9 – Under Covered Skies and Cache Grab 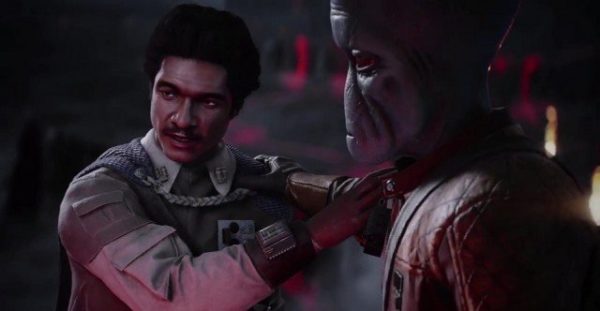 Iden suggests a plan to the alliance to capture her father, Admiral Versio, who’s a key figure of the post-Emperor Imperials. She and Del travel to Bespin to launch a surprise attack on a cloud platform. What awaits them, however, is a trap laid by Hask, and the pair narrowly escapes the planet.

Meanwhile, Lando Calrissian and Shriv travel to Sullust to try and recover a cache of powerful Imperial weapons fro an abandoned facility. They infiltrate the facility only to find that it’s not abandoned, but fully producing AT-ATs. After battling Imperial forces, Lando decides it’s more important to destroy the facility entirely and escape, rather than try to recover the weapons cache as well. Lando floods the facility with lava completely destroying it, and he and Shriv are picked up by Iden in the Corvus just in time to get out.

Mission 10 and 11 – The Battle of Jakku and Until Ashes 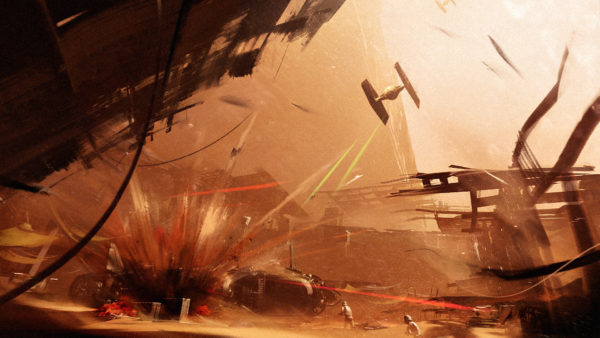 Just after the operation on Sullust, the group finds out that the Imperial forces are amassing on Jakku. The new formed Republic launches all of their forces to the planet, and pitches a final battle to destroy the Empire. As a giant battle wages above, Iden and Del head to the surface of Jakku to try and rescue Republic soldiers. They manage to stop a downed Star Destroyer from launching bombers and take down two AT-ATs in the process.

Iden learns the location of the Eviscerator and her father Admiral Versio, and takes off to try and save him, cutting coms with Del. She fights her way onto the Star Destroyer and finds her father on the bridge. Admiral Versio refuses to leave saying he doesn’t deserve a better life and his duty is to go down with the ship, but insists that Iden does deserve to be happy. She finds an escape pod and gets out of the sinking shift, and is found later on the surface of Jakku by Del. The two kiss and embrace and watch the last remnants of the Empire crumble in the sky of Jakku. 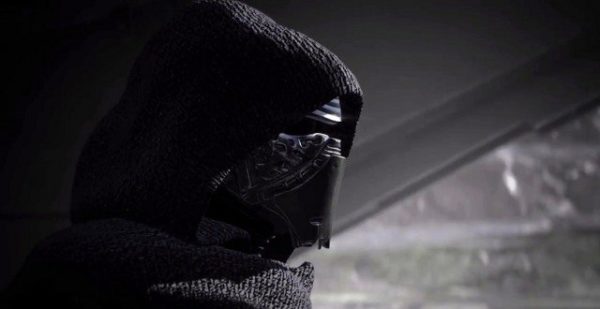 The last mission of the game takes place decades after the Battle of Jakku, and once again lands us on Pillio. Kylo Ren has come to the planet to interrogate an older Del, in search of the map to Luke Skywalker. You can see a full explanation of Star Wars Battlefront 2’s ending here, but basically Kylo breaks Del’s mind and find out that Lor San Tekka was given a piece to take into secrecy. At the beginning of The Force Awakens we see Kylo Ren and The First Order finding Tekka and interrogating him.

Keep in mind that we do have more story content coming to Battlefront 2 on Dec. 13, so it may add on to what we currently know or experienced. Make sure to take a look at our wiki for even more Star Wars Battlefront 2.