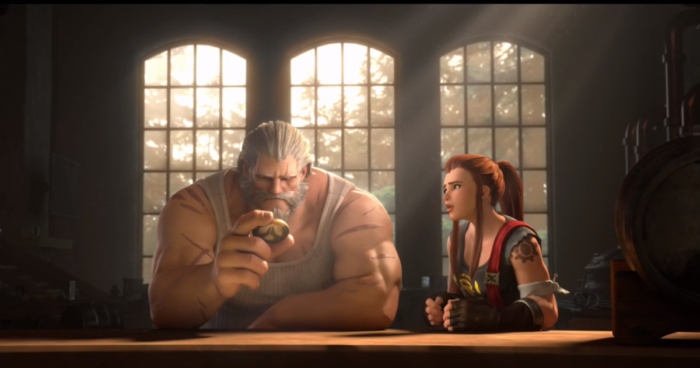 If you’re a Reinhardt fan, you may want to get some tissues ready. The latest Overwatch cinematic short made its debut during BlizzCon 2017’s opening ceremony livestream today, and it brought together a particularly moving tale featuring Reinhardt in his youth, explaining some of his backstory and intentions as he grew into a member of Overwatch.

The very entertaining short, which you can watch below, features a different Reinhardt than you may be used to seeing, a prideful and often arrogant, boastful and brash young man who wasn’t always cut out for the team. But things change, as they do, and life gets in the way sometimes. We won’t run it for you, but just know that it’s well worth viewing if you’ve enjoyed the rest of the other Overwatch shorts and want to learn more about Reinhardt as a character.

It’s been a great day for Blizzard and Overwatch fans, as the first day of BlizzCon 2017 also played host to the special reveal that brought us the new hero Moira. If you’re looking for some Overwatch excitement, today was your lucky day, indeed. Just make sure to have some tissues around for the short.