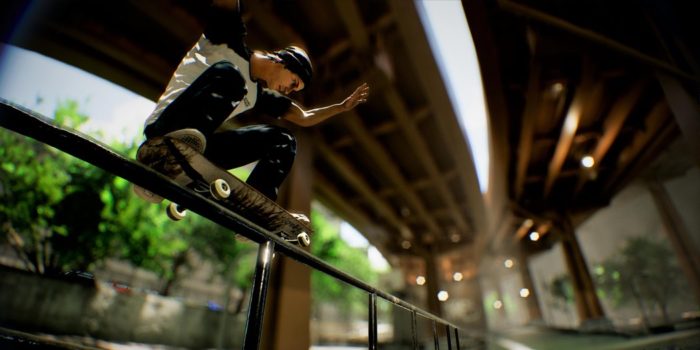 Session, an upcoming skateboarding game is set to launch its Kickstarter page later this month and, to get gamers pumped, developer Crea-ture has released a free demo of the game on PC for those interested to try out. A gameplay trailer has also been released showing off what you can expect.

The game’s Kickstarter launch has been delayed to Nov. 21 but the studio has decided to go ahead with the demo’s release regardless. The game was originally announced back in 2015 and is seen as a kind of spiritual successor to the Skate games. The game is designed to have a more realistic gameplay style, as opposed to the more gamey mechanics of the Tony Hawk games.

Though the Session demo is on PC only, if the Kickstarter is successful, the developer does intend to release the full game on consoles. “As stated before, this doesn’t mean at all that we will make this game for PC only. Far from it. We want this game on console as much as we want it on PC. However, we’ll need your help to get there so we will most definitely have stretch goals for consoles,” said the team.

“We hope you will still enjoy the demo even if it is not out for consoles yet. We feel the game is fun enough and want to make it accessible to everyone so you can see for yourself how the game feels, plays and see its potential.”

If you’re itching for a new skateboarding game then you’ll want to keep your eyes peeled for the launch of Session’s Kickstarter page.