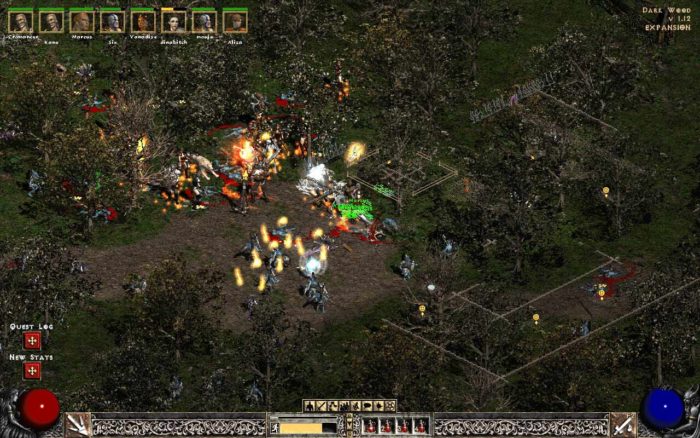 If you’re wondering why we still haven’t seen updated versions of games like Diablo 2 and Warcraft 3, Blizzard has an answer for you. In an interview with PCGamesN, Blizzard senior producer Peter Stilwell explained that the reason we haven’t seen anything like StarCraft Remastered for either of those games is quite simple: they’re not ready yet.

Stilwell explained during the interview that StarCraft’s game balance and quality is widely considered by the team to be “perfect,” whereas the same cannot be said about Diablo 2 and Warcraft 3, at least in terms of possible remasters. Specifically, Stilwell states that Warcraft 3’s maps are “stale,” and players aren’t exactly thrilled to play them when they come around. As such, Warcraft fans are vocal about their desire for changes in the game, in comparison to requests that Blizzard change nothing about StarCraft ahead of releasing the Remastered version.

Diablo 2 also has its own set of problems, such as a leaderboard overrun by hackers, which in turn destroys any hope players have of seeing their names at the top of them. Stilwell suggests that the team wants to “keep rolling seasons” for future releases but “maybe eventually be good enough at combating [hackers]” so that can happen once more. Fixing this issue wouldn’t necessitate a remaster, however.

Overall, Blizzard’s stance seems to be that changing the games as-is would mean frustrating the current player base or additional work that needs to be done beyond the remastering process. Perhaps they’re something we’ll see in the future, but for right now new versions of those games do not seem likely.