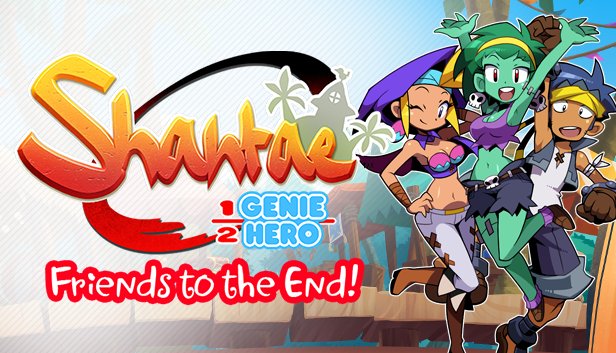 WayForward has announced the next lot of DLC for its indie platformer Shantae: Half-Genie Hero, featuring three new lead characters you can swap between at will.

Titled ‘Friends to the End!’, the upcoming new content sets itself during the events of Half-Genie Hero in a previously unexplored part of the narrative. This time you’ll play as Sky, Bolo, and Rotty in their quest to enter the mind of Shantae herself, who has slipped to the dark side via the evil Risky Boots, in the hope they can find her consciousness hidden away within the nightmare realm. To free Shantae, you’ll fight your way through somewhat familiar places until you reach the final boss, the appropriately titled Nega-Shantae.

Given they aren’t genies, each new hero has a set of unique abilities to get them around remade levels with new obstacles. Sky, for example, throws seagulls as an attack and glides on the back of her bird, Wrench. Bolo uses the equivalent of a grappling hook which can help him get around or knock away enemies right out of the sky. Finally there’s Rotty the zombie, who uses her own legs as melee weapons and can teleport (of sorts) by throwing her head over obstacles and reforming wherever it lands. You’ll be able to switch between all three characters at any time, allowing for some strange but fun moments.

WayForward made the announcement via their Kickstarter page, where Shantae: Half-Genie Hero originally completed its funding targets back in 2013. Friends to the End, originally named friends mode, was a stretch goal at the time that the campaign didn’t quite reach. Luckily for Shantae fans, the planned content update is now official and production complete, with an expected release some time before the end of the year on Xbox One, PS4, Switch, Vita, Wii U and PC. Those that backed the game during its Kickstarter campaign will receive the DLC for free, otherwise it will cost an unconfirmed amount for the public.