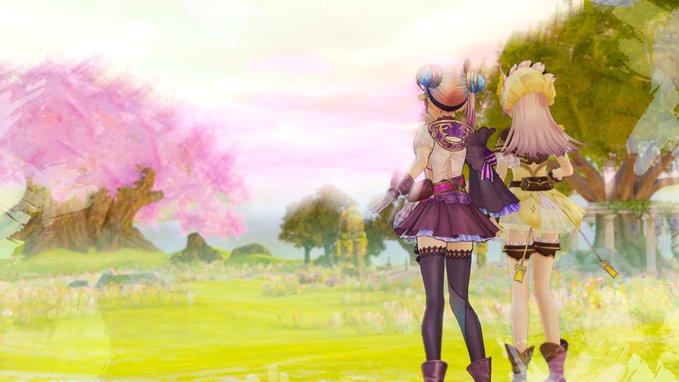 Koei Tecmo has confirmed the international release date for Atelier Lydie & Suelle: The Alchemists and the Mysterious Paintings, the nineteenth mainline entry in the Atelier series that completes the ‘Mysterious’ trilogy.

Following the story of twins Lydie and Suelle Marlen who, following the discovery of a strange painting, are pulled into a world that’s full to the brim with materials that are perfect for alchemy. Your task is to complete various quests and defeat monsters in order to gather the necessary materials to craft potions, crystals and various other items that you can sell within the family owned store to the local townspeople. As with previous games in the series, you’ll be battling it out in traditional turn-based combat, along with new puzzle mini-games to mix things up when it comes to providing for the town.

Koei Tecmo will be publishing Atelier Lydie & Suelle: The Alchemists and the Mysterious Paintings on Mar. 27th, 2018 in the US and Mar. 30th in Europe for both PlayStation 4, Nintendo Switch and PC via Steam. Japanese players will be able to get their hands on the game this December thanks to local developer Gust.