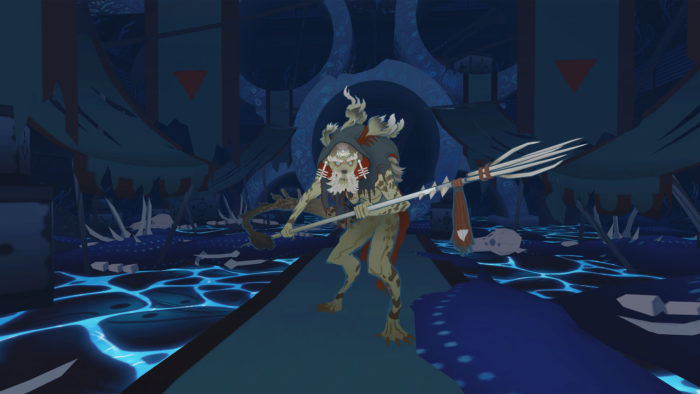 The developer that brought us Left 4 Dead and Evolve is working on something vastly different for its next release: A new game for Samsung Gear VR called The Well. It’s a turn-based RPG that was created with a “storybook” art style in mind and a weird and wonderful “dreamlike” atmosphere.

Players will navigate the weird world of Tholl as either a Warrior, Mage, Rogue, or Druid, with various spells and abilities to exterminate the enemies that stand in the way of victory. Of course there will be leveling and of course there will be party members to play with as this is an RPG after all, but it’s going to be a little weirder than that, too.

This isn’t Turtle Rock’s first rodeo when it comes to virtual reality, as the studio has been hard at work on other, smaller projects like the Blade Runner 2049: Replicant Pursuit endeavor. The Well is a much bigger passion project than that, as the studio states, calling it their “most ambitious VR title to date” as well as their most unique.

The game will run $10 when it launches on October 11. We’ll see what Tholl has to offer in just a week or so when it’s open to everyone to try out.