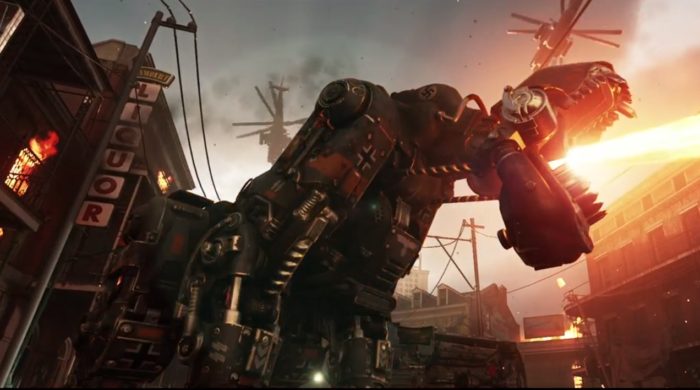 Wolfenstein II: The New Colossus is almost upon us, as the game is finally releasing this Oct. 27. That’s only about a week away, and there’s plenty to see and do in the Nazi-killing extravaganza

We revisit German or Else, the fictional game show in the world of Wolfenstein II: The New Colossus, where contestants are tested on their ability to learn and retain the German language as part of the new mandate where English is being outlawed under Nazi rule. Freedom fighter Grace interrupts the broadcast urging Americans under the Nazi regime to fight back as part of the resistance.

“You are one of us!” she urges, set to a bloody montage of some absolutely decadent Nazi-killing carnage. It’s a pretty moving scene indicative of what could have happened in an alternate history situation regarding Hitler and the Nazi regime, and as such it’s going to be liberating to push them out of America, where they’ve taken hold in-game.

Check out the trailer below and get ready to start stomping a mudhole in the Nazis who dare cross your path as you take up the mantle of BJ Blazkowicz and totally own the bad guys.