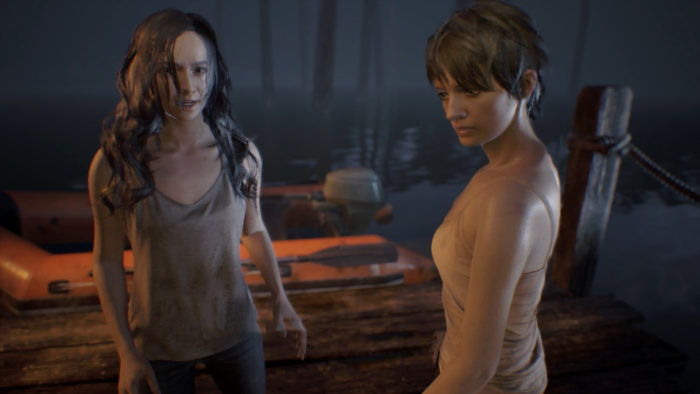 The upcoming DLC episodes for Resident Evil 7, End of Zoe and Not a Hero, are looking better every time we see a bit of them. There’s a brand new trailer out that offers a peek into the world of End of Zoe, introducing a strange outdoorsman named Joe who ends up meeting with Zoe, starting a chain of events that ends up intertwining the both of them. What that may entail we don’t know just yet, but it’s certain we’ll find out when we get to try both the End of Zoe content as well as the return of Chris Redfield in Not a Hero.

The Not a Hero storyline follows BSAA soldier Chris Redfield’s return after Ethan Winters is subjected to the horrific happenings in Resident Evil 7. Chris is looking for Lucas Baker so he can stop the Bakers for good, making his way through gas-filled dungeons as he works to make things right once more.

Redfield returns, and a mysterious outdoorsman featured in this new video for Not a Hero and End of Zoe, out Dec. 12th! pic.twitter.com/Uvipw2tewx