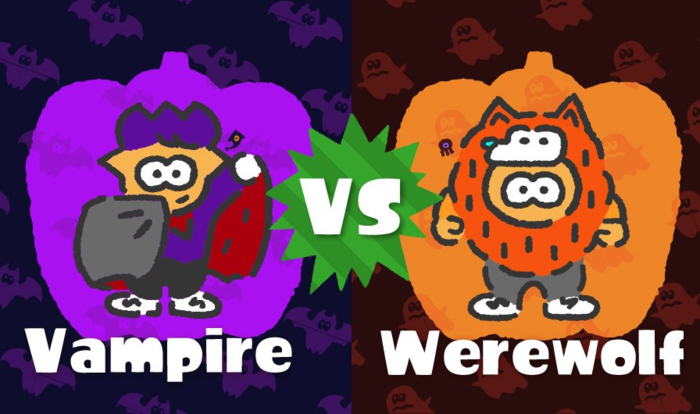 A spooky Splatfest is on the way for North American Splatoon 2 players and I can’t help but think about the uber-popular Twilight franchise and how it shook the world with its vampire and werewolf-themed story. Nintendo may be a few years behind the fad but they still decided to make these two mythical monsters the theme of the next Splatfest.

On Oct. 13 starting at 9 p.m. PT, players all around the country will be able to choose between Team Vampire or Team Werewolf, the perfect contenders to get into that Halloween spirit. If you thought the argument between team Edward and team Jacob was heated, forget about it. The real fight will take place in Splatoon 2 next weekend when all of the inklings will splosh and sploosh each other for their favorite creature of the night.

Which team will you be fighting for next weekend in Splatoon? Would you rather have the toilet paper-themed Splatfest that European players are battling over? Let us know in the comments section below on what you think!