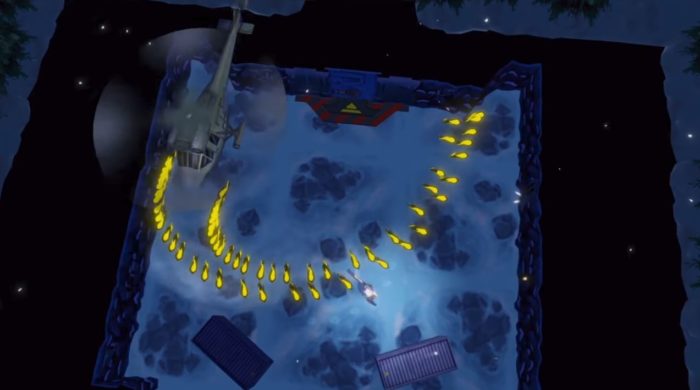 A prominent indie developer is bringing his next project to Nintendo Switch, possibly exclusively. Humble Hearts, the essentially one-man studio behind 2012’s Dust: An Elysian Tail, announced yesterday evening that its next game is called Never Stop Sneakin’, and it’s coming to Nintendo Switch this holiday.

Studio head Dean Dodrill tweeted the announcement along with a trailer. While Dodrill wrote that he was “excited” to announce the game for Switch, he did not clarify if it was doing so exclusively. Twinfinite has reached out to both Nintendo and Dodrill to clarify that point, but neither has done so as of publication time.

Before the announcement, Dodrill explained that he has several goals he wants to accomplish with this, his second game. “I wanted to try something in a completely different aesthetic and go fully-polygonal in the process,” he explained.

Continuing, he expressed confidence that he’s meeting those goals with Never Stop Sneakin’. “I think I’ve accomplished these things, and it’s been a thrill to create something completely different from [Dust: An Elysian Tail].”

As mentioned, Humble Hearts is basically just Dean Dodrill, but that doesn’t mean he works completely by himself. Dodrill apparently reconnected with a number of contributors on Dust to work on Never Stop Sneakin’. Writer Alex Kain, voice actor Dev Mack, and Hyper Duck Soundworks’ Dan Byrne-McCullough and Chris Geehan returned from the Dust team to again collaborate with Humble Hearts on Never Stop Sneakin’.