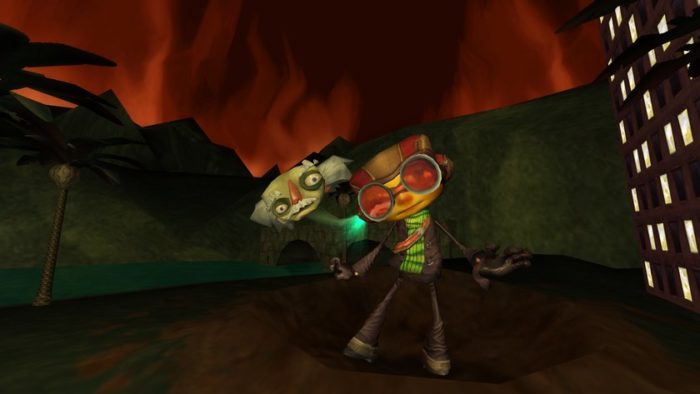 Can’t wait to see more of Double Fine Productions’ upcoming Psychonauts 2? Itching with excitement to get your hands on it at some point? Funding platform Fig has the next best thing: footage of the game’s first playable milestone.

What’s that? Fig explains that it’s essentially an area built specifically to test new workflows in all departments as part of a pre-production process. It’s kind of what some teams call a “vertical slice,” though the team insists that this bit of gameplay footage isn’t as polished or as “complete” as what might be expected during this stage of the production.

There’s still a whole lot of work that needs to be done as the team continues to ready Psychonauts 2 for its eventual release, but the video does show off a playable area with working combat, quests, experience, UI, dialogue, audio and most of the elements you’d expect to see in the final product.

Psychonauts 2 is expected to launch on PlayStation 4, Xbox One, and PC in 2018, though an official release date hasn’t been nailed down just yet.