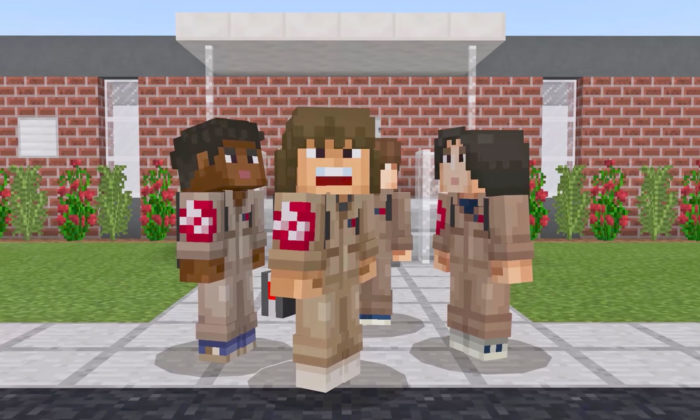 Stranger Things Season 2 has finally made its way to Netflix, and if you’re already binging the show, you might want to take a bit of a video game break for a bit so you can make this season last as long as it can. If you’re a Minecraft fan, you can pick up a new set of DLC that transforms your favorite Minecraft characters into the stars of Stranger Things.

The new skin pack will include skins for major characters from both seasons of the show, including all the fan favorites, and then some. Want to spin your own fight against the Demogorgon in the blocky world of Minecraft? You can certainly do so with these adorable block-style skins.

And if you’re Minecraft savvy, you can get started building your own little empire in-game, with plenty of customized Stranger Things goodies and more to show off to your friends.

You can pick up the Stranger Things DLC pack right now for just $3 for all available platforms, so get ready to get spooky right away!