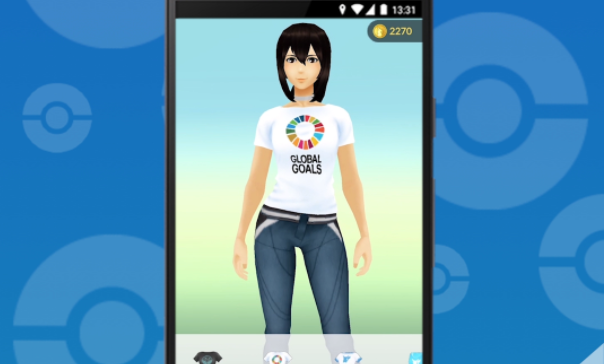 If you’re still playing around in Pokemon Go, the latest update has a special surprise for you. Niantic has just released a new free T-shirt for players, which is up for grabs for free. It’s meant to support Global Goals for Sustainable Development, which is an organization that exists in a bid to combat poverty, climate change, and other issues the world faces today.

If you log into the app, you can pick up a free Global Goals T-shirt for your avatar right now as a result of a partnership between Niantic and the organization. Niantic has a message for anyone interested in adding the shirt to their wardrobe on its official website:

“This free shirt gives you and the millions of Trainers around the world the opportunity to stand with us as we look to show our support for initiatives that make the world a better place like the Global Goals.”

The shirt is out with the release of Pokemon Go’s latest update, which fixes a smattering of different bugs, including a fix for one that would continually make Pikachu hats completely disappear. It should help keep the game a little more stable, but the real draw here is certainly a free piece of clothing for a great cause.