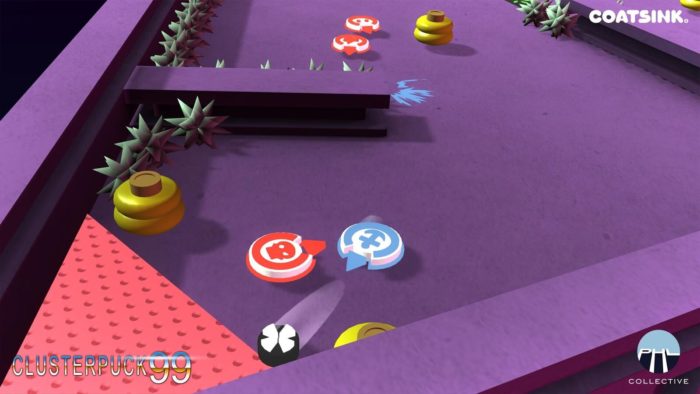 Publisher Coatsink has announced that ClusterPuck 99, a fast-paced hockey themed party game previously only available on Steam and Xbox One is coming to the Nintendo Switch this Fall.

Developed by PHL Collective, ClusterPuck 99 has players battling for control of the puck to score goals in a game that blends football and hockey in mad arcade action. Rather than traditional fields, though, it’s set amid arenas of all different shapes and sizes, ladened with dangerous obstacles that mean you’ll have to be careful to avoid more than just bashing into each other. The top-down gameplay features simple controls that make for an accessible and entertaining multiplayer experience — perfect for on-the-go Switch multiplayer with friends. Players will also be able to connect up to eight consoles for local multiplayer action, and there’s also a customization mode that lets you build your own levels.

ClusterPuck 99 will be making an appearance at both EGX and Tokyo Game Show this month.

You can check out the Nintendo Switch trailer for the game below: