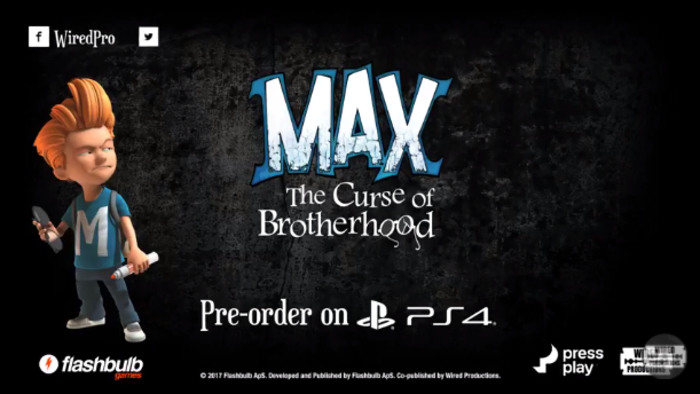 Publisher Wired Productions and developers at Flashbulb Games have announced that the former Xbox exclusive is headed to the PS4 and will launch this holiday season; make sure to check out the announcement trailer below and a synopsis of the game, via Wired Productions:

Max: The Curse of Brotherhood is a cinematic fairy-tale adventure perfect for the whole family to enjoy. Where Scandinavian storytelling meets colorful 2.5D platformer, Max offers perspective players classic jump and run gameplay, smart and innovative puzzles and a fun and unique gameplay mechanic to boot.

Max: The Curse of Brotherhood is set to launch worldwide both physically and digitally on the PS4.