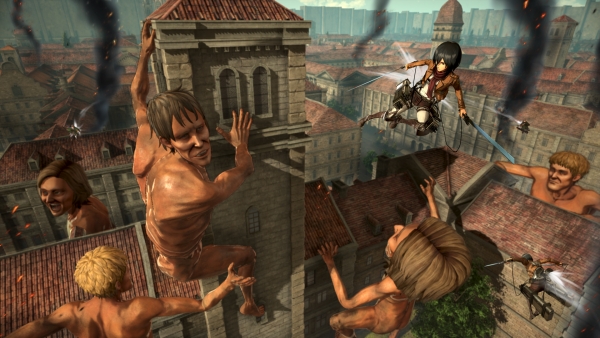 Koei Tecmo’s upcoming Attack on Titan 2, the sequel to the original anime video game adaptation, has been confirmed for release in North America and Europe in early 2018. Taking place during the second season of the anime, it’s meant to offer players the feeling of actually zipping around on the show’s omni-directional mobility gear and more, like narrowly escaping being eaten by a Titan, something no one is looking forward to in the show, like, ever.

The second game will introduce more Titans, the ability to strengthen their relationships with other squad members, and additional RPG elements that sound like the game is going to be significantly deepened with expanded mechanics that should elevate it far beyond the “beat-‘em-up” with anime style it was once before.

The game will be available for PlayStation 4, Nintendo Switch, PS Vita and PC when it makes its debut, so you’ve got tons of time to finish up both seasons of the Attack on Titan anime and get caught up on the manga before it drops. Just don’t get too attached to some of the characters.