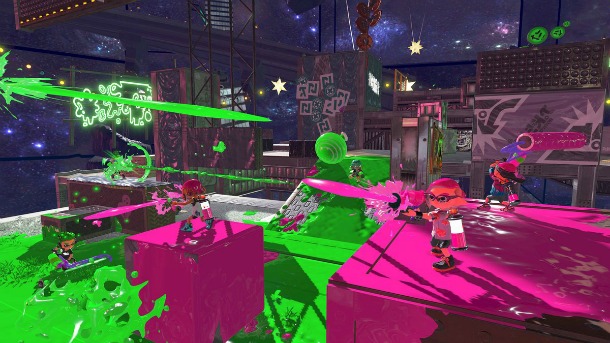 The next Splatfest event in Splatoon 2 will be taking place this weekend, and it’s going to be an epic showdown between Team Mayo and Team Ketchup. If you log in to the game now, you’ll be able to pick a side and receive a t-shirt that shows your allegiance to either mayo or ketchup. Sadly, since fan-favorite Marina is repping Team Ketchup, we already know who’s going to win this one.

In any case, Nintendo has also announced that players will get to check out a brand new map during this weekend’s event. The map is called Shifty Station, and it will feature some sort of transformative element. This map will be added to the Splatfest rotation, so players will now have two maps to work with during these special events.

A new stage, Shifty Station, will be added exclusively to the #Splatoon2 #Splatfest rotation! This stage can transform between Splatfests. pic.twitter.com/GyrcVkuFEC

Nintendo will continue to release free updates and DLC for the game, including weapons and even more new maps.

Splatoon 2 is now available on Switch, and the next Splatfest event will run from August 4 to August 5, so make sure to represent your team during that time.