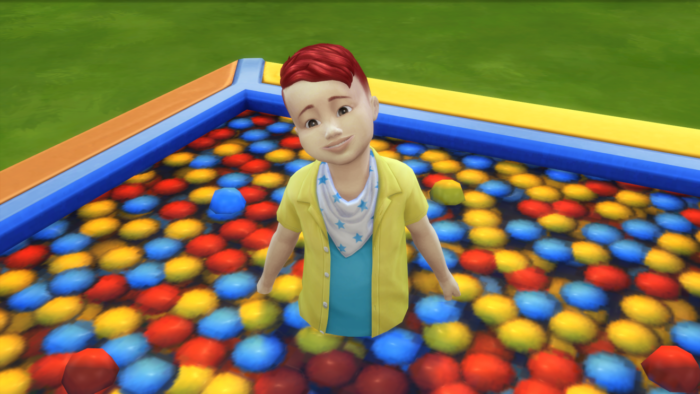 If you play The Sims 4 and use the Toddler Stuff expansion, you might have noticed that some items have some curious low resolution replacements, like a flat image of balls that should be in a child’s ball pit instead of individual balls. It’s meant to make the objects look realistic, as Sims Community points out, but the question is why the image used was at such a low resolution.

One Simmer, WildlyMiniatureSandwich, decided she’d take a bunch of plastic balls and fill the surface of the ball pit, maxing out the limit of polygons she could utilize for the one item. While the original ball pit had 1076 polygons, her version ended up having 14901. Obviously, as WildlyMiniatureSandwich pointed out, this is the kind of thing that necessitates having a powerful computer, so that’s certainly got to be one of the reasons such a low resolution image was used for the illusion.

But if you’ve got what it takes to run the game with that number of polygons, she’s going to be releasing her version of the ball pit for everyone to use. That way, your Sim toddlers can play around in the ball pit just like we all did when we were kids, avoiding dirty diapers and food and other nasty stuff at the bottom of it when our parents told us it was too dirty to play in. Fun times. Also, a very interesting insight into how The Sims 4 works.