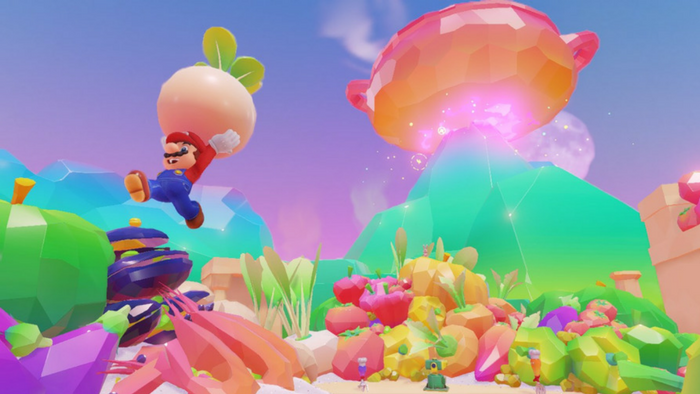 If you previously fell in love with the low-polygon imagery of one particularly colorful world in Super Mario Odyssey, you’ll be pleased to know it actually has a name. You know, one other than “that cool food-based world with a lot of low-res textures.”

This place is the Luncheon Kingdom, the top destination for culinary tourists in #SuperMarioOdyssey! pic.twitter.com/SQEa0nW8HJ

It looks otherworldly, to be sure, and it raises a lot of questions. Are the humans from New Donk City going to the Luncheon Kingdom to interact with all this food? Are those the culinary tourists the Twitter account is referring to? With that said, it’s difficult to pinpoint whether or not New Donk City and the Kingdom itself actually exist on the same planet.

What’s more, is the food in the Luncheon Kingdom edible or will there be a bunch of talking food you won’t even want to eat for fear of being labeled a murderer? So many questions. We’ll have to wait a little longer to see how it plays, for sure, but the game is out as of October 27 this year, so anything final will likely have to wait until then. Stay hungry!