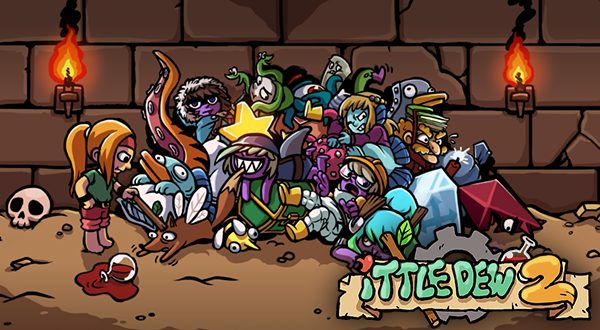 If Ittle Dew 2 sounds familiar, that’s because it is. The title has previously released on the PlayStation 4, Xbox One, and Steam last year, receiving mostly positive reviews. But a new year is here and with it the fairly new Nintendo Switch console so if you are looking to try Ittle Dew 2 for the first time, or want to replay the charming game on your Switch, then get hyped! Ittle Dew 2 is releasing for the Nintendo Switch on November 30th. You can wait to pick up your copy of the game on day one, or pre-order the title as soon as today!

However, if Ittle Dew 2 doesn’t ring any bells, here’s some more information for ya. Inspired by The Legend of Zelda, Ittle Dew 2 is a top-down, 3D action-adventure title. You’ll play as Ittle who, along with her fox friend Tippsie, crash ashore a strange island. In order to leave, they must explore various dungeons and steal pieces of a raft from across the map. But if following maps isn’t your style, you can explore as you wish.

Who needs a map, anyway? Tackle the first seven dungeons in any order, and use your items to open various shortcuts within. The craftiest of adventurers have more than one way to open a locked door.

Ittle Dew 2 is only one of the many oldie but goodie titles being re-released to the Switch. Following in the footsteps of Shantae and The Binding Of Issac, Ittle Dew 2 is only the latest game to get the Switch treatment and remind anyone who already owns the console that the eShop is continuing to grow, giving Nintendo fans plenty to play while they wait for some more major AAA titles like Super Mario Oddessy later this year and Yoshi and Kirby titles early next year.