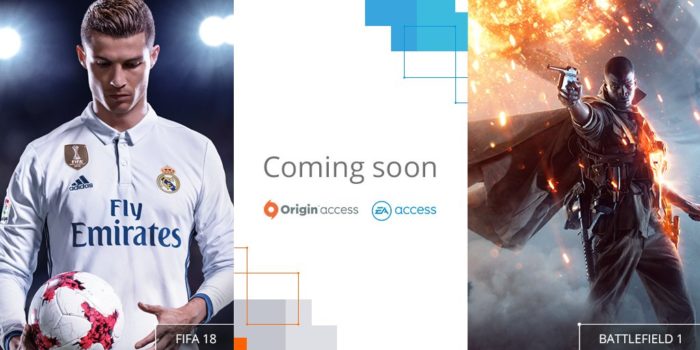 EA and Origin Access has already proven to be an extremely worthwhile subscription service, letting you play the full versions of many of EA’s most popular games for a mere $5 a month, or $30 for the entire year, and very soon you’re going to be able to get even more bang for your buck. Added today is every Star Wars Battlefront expansion, meaning you’ll be able to access the content of four more DLC add-ons for no extra cost. That’s not all, though; EA have also announced that some more games are headed to the vault.

First up, and probably the most significant additions to the list, are Battlefield 1 and Titanfall 2, both of which aren’t even a year old yet. This won’t include any of the DLC, but being able to play one of the most popular shooters of last year, and another incredibly polished shooter for just $5 a month is an extremely good deal. You’ll also be able to play the Fifa 18 trial before anyone else later this year, just before the full game is ready to drop.

Origin Access, which is the PC-only version of the deal, is getting a few new choice additions, too. The Sims 4 Digital Deluxe Edition, which includes a few bonus extras on top of the base game, will be playable in the coming weeks. As a nice little bonus, PC players will also get fun little indie games Oxenfree and Rebel Galaxy – they’ll be sure to provide you with a few extra hours of fun.

We’re still not done here, though – Xbox Owners who have EA Access on their console will exclusively be able to access the trials of NFL 18, NHL 18, and NBA Live 18 before anyone else. Keep an eye on your consoles and PC’s, folks; all this content is set to drop between now and September. To read more about the announcement, head this way.