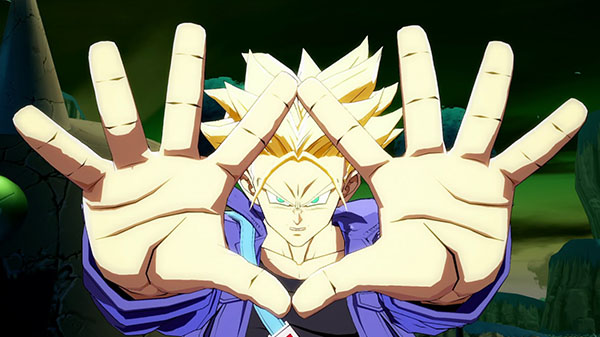 Looking to get your Dragon Ball Z on next year with Dragon Ball FighterZ? It looks the closest to the anime that a game has managed to get so far, and its latest trailer introducing Trunks shows off more of what we can expect to see from the game. We first heard about Trunks joining the cast in June, but now it’s time to see what he’s made of.

Vegeta’s son is just as much of a beast as his father, which he shows off in his Capsule Corp. jacket and Future Trunks getup while schooling Frieza, Cell, and dear old Dad. Seriously, you don’t wanna mess with this half-Saiyan.

If you do wanna mess with him, there’s a closed beta coming up that will be open to those who have signed up beginning July 26 and will feature nine characters. Make sure you get in on that now if you haven’t already.

The game previously introduced Goku, Vegeta, Gohan, Cell, Frieza and Majin Buu as well, with Trunks acting as the latest addition. You can see him action in the 45-second trailer below, which reminds us that Dragon Ball FighterZ isn’t due out until early 2018. Like the end of this year, early 2018 is shaping up to be pretty awesome. What character are you thinking about gaining in Dragon Ball FighterZ?