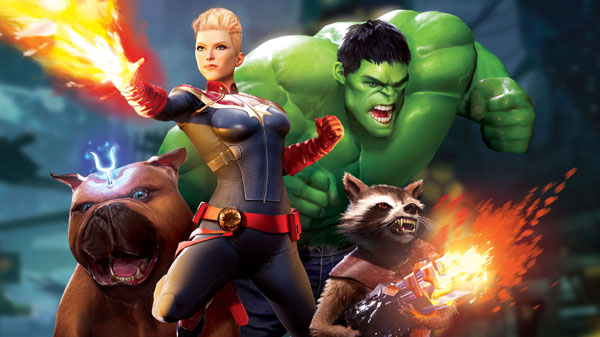 If you’ve ever wanted to play as Marvel favorites like Captain Marvel or Rocket Raccoon inside the confines of a virtual reality game, you’ll want to check out Marvel Entertainment and Sanzaru Games’ upcoming Marvel: Powers United VR. Just announced during Disney’s D23 Expo, the game will be launching in 2018 with several playable characters.

From the look of things, players will be able to enter VR battles with other fighters, including the Hulk, Ronan the Accuser, the aforementioned Captain Marvel and Rocket Raccoon as well as a bevy of other characters from throughout the Marvel universe. Each character will have special moves that you can use as you traverse different environments and fly solo or call in friends for co-op play. There’s also a bunch of unlockable content coming, too.

You’ll be able to check out Marvel: Powers United VR during San Diego Comic Con this year from July 20 through July 23, so if you’re headed there you can get a hands on, up close look at the game before it touches down on Oculus Rift next year. In the meantime, check out the trailer below.