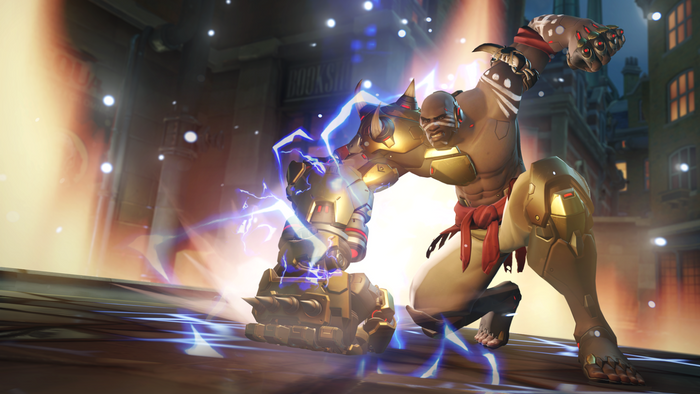 Ever since Doomfist made his debut on Overwatch’s PTR servers, it seems data miners have been hard at work looking for any kind of dirt they can find on Overwatch’s newest hero. There’s also the case of the Overwatch Summer Games, which have yet to be confirmed. The latest word from dataminers regarding both categories is that it looks like Doomfist will be getting his own set of summer-themed skins and items to the tune of four cosmetic items and a possible skin.

According to Redditor DocterrificDoc, there are four specific items found via datamining that could be coming for Doomfist, with the character said to be launching with a whopping 67 cosmetic items. These include voice lines, sprays, victory poses and more. This is outside of the Summer Games event alone, if it does come to fruition.

Blizzard has yet to officially announce a Summer Games event, and Overwatch events like these typically aren’t up for fans to scrutinize like this weeks ahead of their debut, but there’s still a little time left in the season until a summer event is no longer warranted. For now we can think about what kind of accessories we can outfit Doomfist himself with. It’s gonna be awesome.