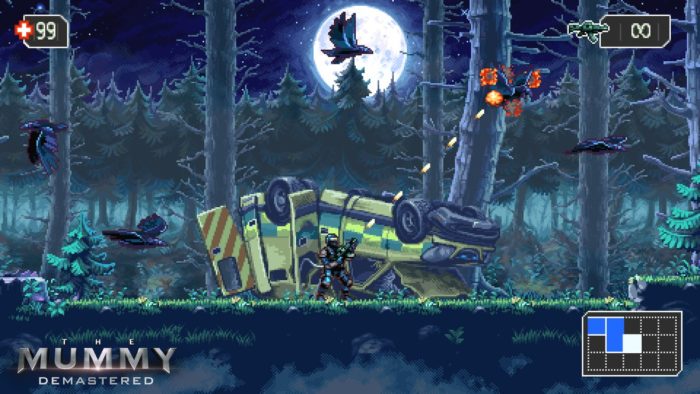 WayForward Games are known for creating a variety of original properties including Shantae and Mighty Switch Force. The developers have announced today via Twitter that they are teaming up with Universal Brand Development, and are working on video game based off the new Mummy movie. The game hearkens back to old-school platformers and is titled ‘The Mummy: Demastered’.

WayForward is thrilled to be teaming up with Universal Brand Development on "The Mummy Demastered" video game for PC and consoles! pic.twitter.com/3bX4F3vCcq

Video games that are developed as movie tie-ins are usually looked down upon by fans of the license. But in this case, WayForward has done a great job with other 2D platformers and from the looks of this image, the game looks pretty interesting and might even be in the vain of a ‘metroidvania’ title.

The Mummy:Demastered hopes to expand on the universe of The Mummy franchise and it will launch late this summer on August 22 for PS4, Xbox One, PC, and the Switch. You can watch The Mummy as it opens in cinemas this weekend.