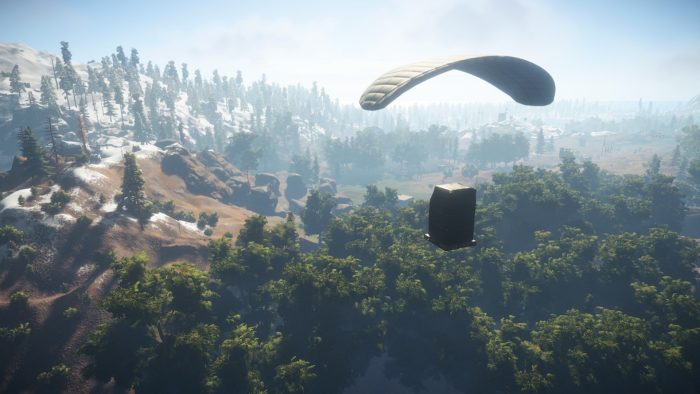 Garry Newman, the creator of the massively popular Garry’s Mod and more recently Rust has released information about refunds of the brutal survival game. According to these figures, Rust has been refunded 329,970 times, which adds up to over $4.3 million. On paper, this seems like a pretty huge loss, but Rust has sold incredibly well over the years it’s been available on Steam, so it doesn’t add up to much in the grand scheme of things; about 6%, a figure to be expected from a buggy Early Access title. Dean Hall, the creator of DayZ, revealed in a reply that his company’s VR game, Out of Ammo, also has a refund rate of around 6%.

In a followup Tweet from Newman, he cited the main reason people gave for refunds was “No fun allowed by bad performance,” before saying that the reasoning was pretty fair. Rust is notoriously buggy, and tends to run poorly on even the best of PCs, and Newman acknowledges that this is the case right now: in another Twitter reply, he said “If people don’t find the game fun or it performs poorly for them, they should get a refund.. it’s their money.” He also said that he’s surprised that the refund rate isn’t higher.

Steam’s refund program has been the subject of much discussion ever since its release two years ago. Last August, upon the release of No Man’s Sky, there was a huge debacle regarding refunds of the game, after a false rumour was spread stating that Steam would be allowing refunds no matter how much time was played, because of the shoddy state it was in post-launch. Normally, though, Steam refunds are a great idea – if you don’t like a game, or it doesn’t run for you, you should be entitled to a refund of that game.