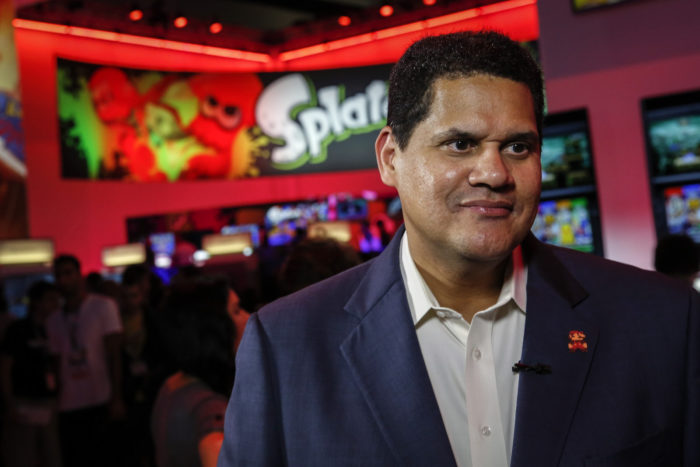 Nintendo has always had a notoriously strong stance against most of the fan-made games that its iconic IPs have inspired. This stance was highlighted yet again during last year’s Game Awards when AM2R and Pokemon Uranium were mysteriously removed from the list of nominees for Best Fan Creation. The sudden disappearance of the two popular fan-made games caused a stir on social media and reignited debates about Nintendo’s position when it comes to these types of projects. During a recent interview with Waypoint, Nintendo of America President Reggie Fils-Aime doubled down on Nintendo’s stance and explained exactly why Nintendo doesn’t support fan creations past a certain point.

“So, I think there needs to be clarity in what the line is, and, in our view the line is when an initiative crosses from being an homage to something that is monetizing our IP,” Fils-Aime explained. “We allow homages to exist in a variety of different ways. And, for me personally, as a fan before I was an executive, I understand the attraction that you could have to our IP. But, when it transitions to something that…now, you’re trying to monetize, you’re trying to sell, you’re trying to profit off of, that is what broaches or breaks through that line for us, where we have to claim our IP protection.”

Waypoint’s Austin Walker was quick to point out that AM2R was free to play and therefore the game’s creator wasn’t actually making any money from it. Fils-Aime explained that despite not making money from the game, AM2R still turned one of Nintendo’s most iconic characters into a commercial product for the sake of a party other than Nintendo. That is where he says Nintendo has to draw the line.

Nintendo’s stance against these kinds of fan made games can feel a bit disappointing, but it’s still a position that simply makes sense. Nintendo, perhaps more than any of its competitors, is a company defined by its now iconic characters. Any time someone else has control of those narratives and perceptions, Nintendo is taking a bit of a risk. This is the same reason why crossover games like Mario + Rabbids or the presence of Link in Elder Scrolls V: Skyrim for the Nintendo Switch are such rare occurrences.

Fils-Aime explained that Nintendo is more than willing to share its IPs but only in cases where it makes the absolute most sense and also fosters a healthy business relationship between all parties involved. It certainly seems like Nintendo is opening up to the possibility of getting more third parties involved even when it comes to their most iconic characters. We can only hope that this means more fun crossovers in the future.