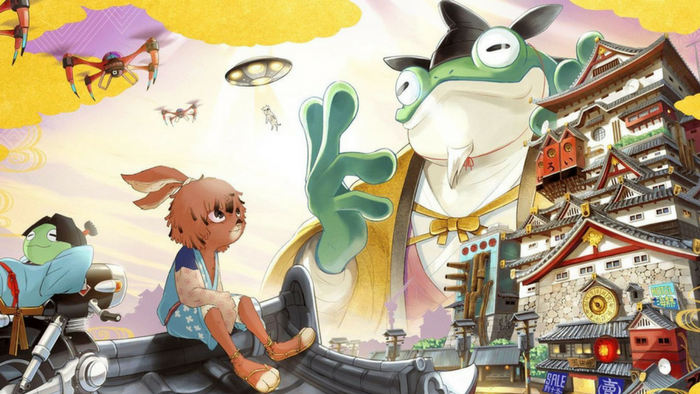 Project Rap Rabbit, the product of the illustrious partnership between rhythm game greats Masaya Matsuura and Keiichi Yano, is undoubtedly going to be an interesting project. Unfortunately, we haven’t seen enough of it at this juncture to be able to make any educated guesses on how well it’s going to perform.

We’ve seen key images and a smattering of other artwork thus far, but there’s been zero sign of gameplay yet. It looks like an upcoming livestream is poised to change that. We could be seeing real footage of the hip-hop hero protagonist Toto-Maru as soon as Thursday, 6 PM PT/11 PM ET.

During the livestream, both Matsuura-san and Yano-san will be discussing how the “branching” rap mechanic from the upcoming rhythm game will work. They’ll also show off how the call-and-response segments in-game will work. These have previously been discussed in interviews and in the Project Rap Rabbit Kickstarter campaign description, but up until now we’ve only had images to go by as well as a debut video that featured developer commentary.

Aside from the first real gameplay demonstration from the game, there will be additional project updates coming soon, according to publisher PQube. Hopefully a solid look at what to expect is on its way, as well as more details on the protagonists as well as other possible playable characters.

If you can’t wait to see how the game is coming together (or just need some additional details to determine if you want to fund the project) be sure to head to the Kickstarter page and sign up for access to the livestream. Then make sure you brush up on your rhythm gaming skills with some marathon sessions of PaRappa the Rapper or Elite Beat Agents, and pay Keiichi-san and Matsuura-san tribute for their excellent previous titles.