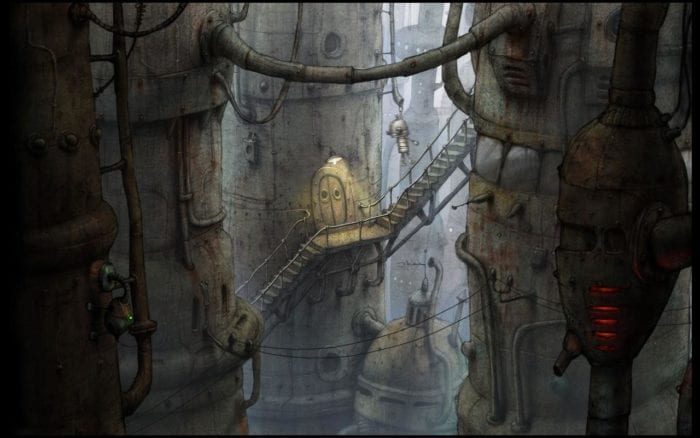 Machinarium, a nice little indie point-and-click adventure with beautifully drawn visuals, received its own remaster in an update today. The update has been dubbed “The Definitive Version,” and rebuilds the game completely in a new custom-made engine. “The game is now using a custom made DirectX engine instead of Flash which has become quite old-fashioned in recent years,” the developer update reads. This doesn’t mean the game looks any different graphically, just that it is now playable in full screen on much higher resolutions.

On top of the engine update comes a lot of other major improvements to Machinarium. First off, controller support has been added, and the game now works flawlessly in Steam Big Picture mode, meaning you can sit back with a controller and enjoy the game at its best. On top of this, there are 12 new achievements, support for 14 more languages, and cloud saves have been introduced. The new languages introduced include Chinese, Japanese, Korean, and Russian. This truly is an essential update for the game.

If you’ve never heard of Machinarium, now would be the perfect time to try it out; it’s been reduced to just $2.50 thanks to the Steam Summer Sale, which includes the definitive update for the game at no extra cost. At that price, it’s an absolute steal if you’re a fan of point-and-click puzzlers. The update has been rolled out for windows users, and will hit Mac users in the near future. The game follows the adventures of a small robot boy, named Josef, trying to save his girlfriend Berta from the Black Cap Brotherhood gang.