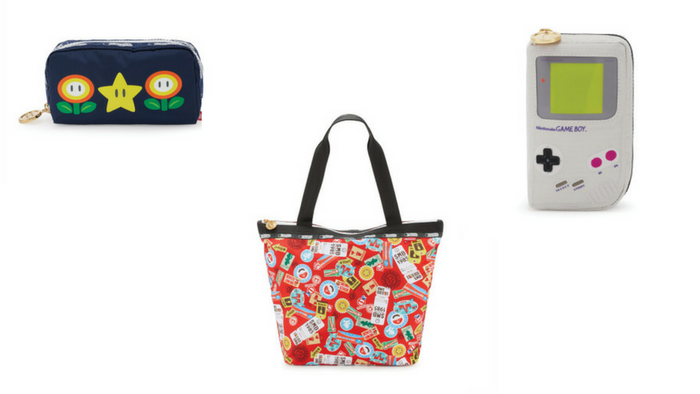 If you’ve been looking for a chic new bag or something a little more geek-worthy for your travels, look no further. Nintendo and LeSportsac have teamed up for the LeSportsac x Nintendo collection, featuring travel-themed prints with a Mario flair across tote bags, backpacks, and other accessories.

The collection was inspired by Mario’s travels both far and wide, throughout the Mushroom Kingdom and beyond the stats, because let’s face it. Mario has been just about everywhere. LeSportsac used Mario’s various exploits as inspiration for the collection, which has some very, very cute pieces that you’re going to be drooling over when they release this fall.

Crossbody bags, totes, weekenders, makeup bags, and other toiletry cases will be included alongside the aforementioned backpacks and totes, and they’re just as wacky and unique as you’d expect, with unique prints and imagery you haven’t seen on products before. The Power-Up Burst, for example, is a design that features Fire Flowers, Super Mushrooms, 1-Up Mushrooms, coins and more. The Mario Travel print features setpieces from the Mushroom Kingdom and passport-related imagery.

The coolest items in the series, however, are the five smaller bags, such as the Game Boy-shaped pouch, Piranha Plant pouch, and the Super Mario Bros. cosmetic bag. They all feature a special Super Mario coin on their zipper pulls, which is a great touch.

The collection is launching in Japan on July 19, but it will be releasing in the United States this fall. There’s no word on preorders yet, but you’ll want to pounce on these if you’re interested, because they’ll undoubtedly go quick. Make sure to save some of the Game Boy pouches for your friendly neighborhood Twinfinite news editor.