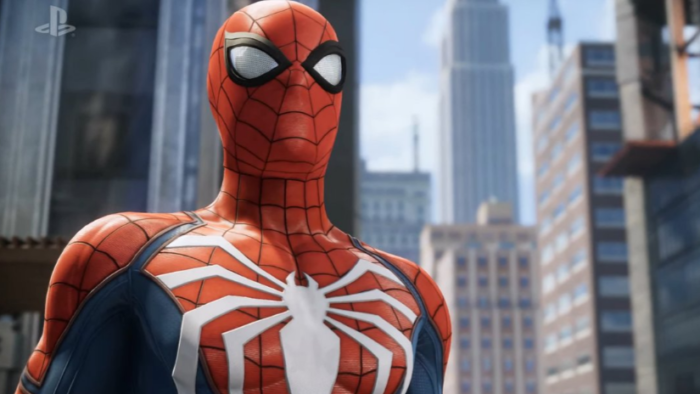 Sony closed out their E3 2017 press conference with a look at one of their most hotly anticipated games. Fans were given their longest look yet at the upcoming PlayStation 4 exclusive Spider-Man, starring the famous webslinger, that is coming from Insomniac Games. Everything shown off during the press conference looked very promising.

In the lengthy demo, the gameplay for the next Spider-Man game was presented and a variety of different styles were on display. While the usual web swinging is present there also seems to be some stealth elements added into the mix. PlayStation 4 gamers will be able wrap the bad guys up in Spidey’s signature webs and sneakily traverse the environments. There is the appropriate amount of verticality that fans would want (and need) from a Spider-Man game while moving from place to place. There is also some very kinetic and fast paced fight sequences in store too. The PlayStation 4 exclusive looks like a vast improvement from previous Spidey games in almost every arena. The player character looks exactly like a wily teenage who was bitten by a radioactive spider should look.

There are a few quick time events as well but it doesn’t really detract from the gameplay. Judging from the demo Sony’s latest exclusive will move from the cinematic scenes and their quick time events to the more interactive gameplay with a seamless ease. The QTEs appear to be completely natural to the flow of the game.

There was more than just the gameplay to ogle. Several story details were also revealed during the demo. It appears that Marvel villain Kingpin, otherwise known as Wilson Fisk, will feature prominently in the story. Kingpin doesn’t seem like he will be the central antagonist however. This honor goes to a group called The Demons and their leader Martin Li. While not A-List villain, Li does have his roots in the comics. Li is typically known by the name of Mister Negative and the game appears to be giving Li all his powers which involve a command over electricity-esque projectiles.

Li isn’t the only unexpected face from the comics to pop up. In the final moments of the demo, Miles Morales was teased. For those who are unaware, Miles Morales is a teenager from the Marvel Ultimate universe who took over for the most famous Spider-Man, Peter Parker, after he died. This raises several interesting questions for the story of Insomniac’s Spider-Man game.

The demo makes it seem like Miles won’t be the Spidey in the game. Miles can be seen admiring and recording Spider-Man’s handiwork at the end of trailer. If Miles is the man inside the suit this feels a little self-aggrandizing even for a cocky teenage hero like Spider-Man. The possibility is out there though that fans could see Miles could take over for as Spider-Man in a possible sequel. Peter, who is presumably Spider-Man, could also die during the course of the game’s story. Whatever the reason it seems odd to tease Miles for nothing other than fan service.

Spider-Man will release on PlayStation 4, exclusively, in 2018.