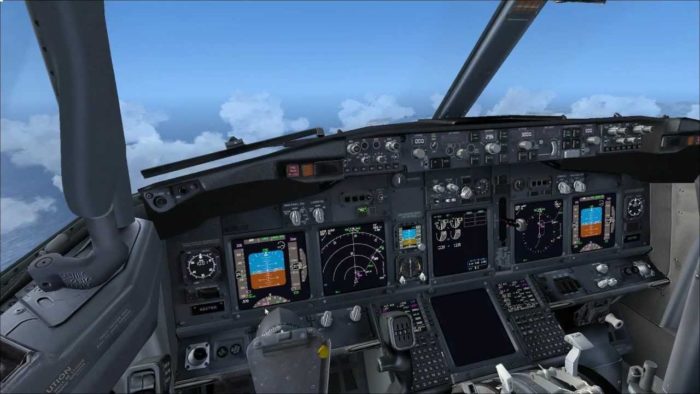 Flight Simulator X, as you could have probably guessed by its name, is a flight sim developed by Microsoft back in 2006 that strives for realistic aircraft and airport usage and management. YouTuber Airforceproud95 embraces this realism by sounding and acting like a pilot to the point that you might even confuse him for the real thing, with hilarious results as everyone else in the online lobby struggles to play along.

In the 11 minute video below, Airforceproud95 attempts to ask for clearance with near-perfect aviator lingo, but is met with snarky remarks and giggles. After a while, everyone else in the lobby begins to come around, and even attempt to answer back as realistically as possible.

One gem of an exchange went as followed:

Airforceproud95: “We’re descending back in towards the airport, we’re going to join the localizer runway 22R/L approach. We got information tango onboard through 6500′ right now reducing 280 knots on the localizer, we’re just going to request a full stop landing so we can butter the bread and show tower what we can really do with this aircraft.”

Other player: “Go ahead with full stop, over.”

Airforceproud95: “Roger that, so if you could just give us that landing clearance in proper FAA terminology we’d be very grateful, thank you.”

Other player: “LAND THE GOT D*NM PLANE.”

Airforceproud95:”Okay roger that, that is good terminology.”

The other player pretending to be an air traffic controller then alerts the pilot that he has to leave the control tower to go to his second job…as an ice cream truck driver. You can bet a disciplinary report is being filed as we speak.