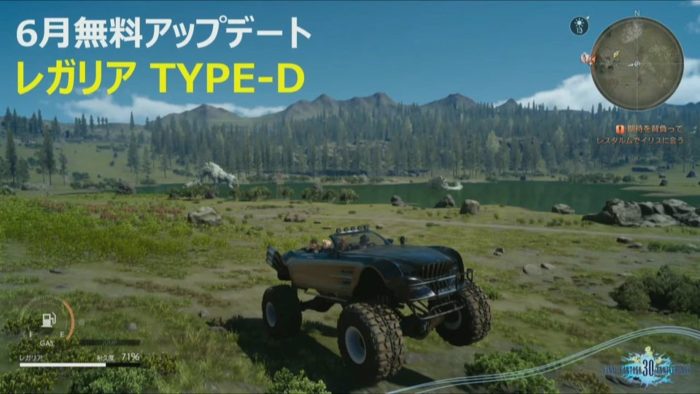 Final Fantasy XV has an enormous world for players to dive right into and get busy with, but this same massiveness can also become tiresome after some time. Because of this, Square Enix has been rolling out various updates and additional content to keep players engaged. Following the major “Episode Gladiolus” and Chapter 13, Verse 2 update, they have announced the new features coming later this month.

According to Games Talk (via Gematsu), the Final Fantasy XV June update will include the highly-anticipated “Regalia Type-D” machine. Players will now have the chance to explore more parts of Eos as they can now traverse off the main road. Similarly, you can make the vehicle jump for some reason which should give players more control during expeditions.

In line with this, Square Enix also announced that the “Episode Prompto” downloadable content will be available this month. Naoshi Mizuta will be composing the theme of the upcoming DLC. There will also be new “Cup Noodle Star” collaboration equipment which will arrive near the end of the June.

Final Fantasy XV launched back in November 2016 and Square Enix has still been delivering new content to the game. They won’t be stopping here as they have plans of including more features and DLC in the near future.