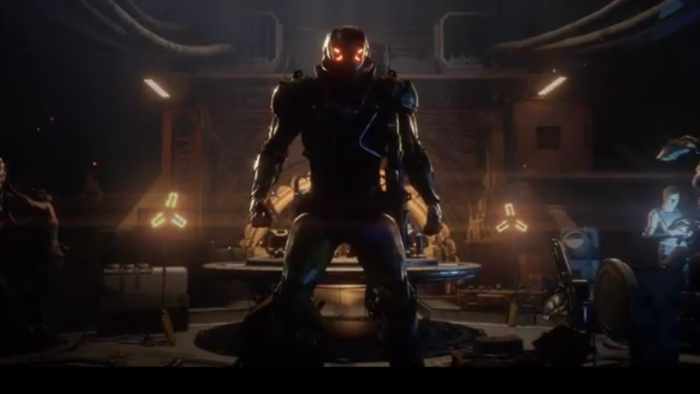 During their 2017 E3 conference EA showed off a short but sweet teaser trailer for Anthem, a new IP from BioWare. The reveal was heavy on atmosphere but light on the details, so all we know so far is that in Anthem you will “explore a landscape of primeval beauty, confront the dangers you find, and grow in power with every step.”

Check out the trailer for Anthem below.

The game has been rumoured to have been in development for years under the code name Dylan, and EA said in May that the game would release sometime after March 2018, meaning we have a long time to wait until we get to have any hands on time with game.

While nothing is confirmed yet, the heavy focus on Project Scorpio leading into the reveal, and the promise of a full game play reveal at Microsoft’s E3 conference strongly suggests some exclusive benefits for people planning to play the game on Scorpio. Some small text at the end of the trailer only adds more weight to this, stating that “4K resolution not available on all platforms.” Hopefully the Xbox E3 briefing will shed some more light on this fascinating new IP, until then we’re left to just speculate.