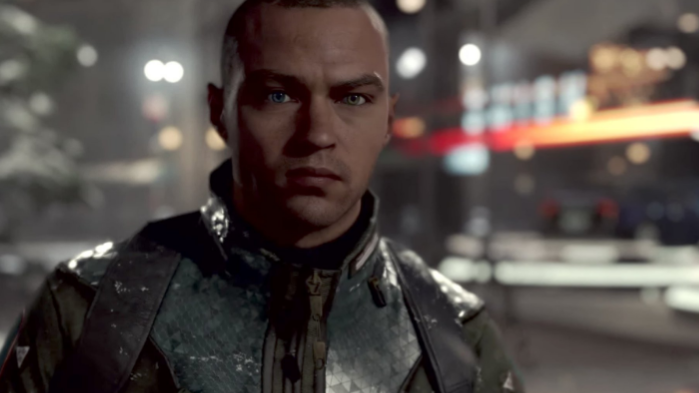 In the newest trailer, we follow Markus as he starts a revolution, freeing the androids of Detroit he views as slaves by spreading, what appears to be, a virus that allows any android he touches to gain consciousness. As he does, he is found out by police, showing that player will be able to hide in plain sight, run, and even attack the police forces who have their mind set on stopping you.

As the trailer progress, you can shape the form of this rebellion. Will you use violence to spread your message, or will you play the role of a pacifist? Every decision you make changes your story, or should I say their story. You will have to make your decisions wisely and watch as the world feels the consequences.

If you don’t know much about this game, Detroit Become Human is an upcoming neo-noir thriller that follows the decision-making style of role-playing used in Quantic Dream’s previous titles Heavy Rain and Beyond Two Souls. The world is set in a not so distant future where androids are commonplace and serve in the home and in several occupations. In the first reveal teaser, we were shown Kara, who has been the face of Detroit since any early concept trailer made for the PlayStation 3. Newly redesigned for the PlayStation 4, Kara told us of a world she was once fascinated by had proved to be cold and cruel to the androids who only tried to serve their purpose to the best of their ability.

At last year’s E3, a second trailer was shown with a new star: Connor. This trailer, unlike the reveal, showed off the investigations Connor may be involved with, decisions you would be forced to make, and their many consequences.

Detroit Become Human is a PlayStation 4 exclusive and still has no date at this time.