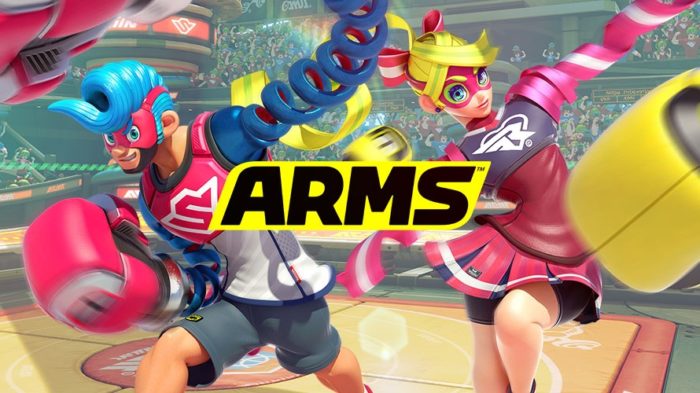 ARMS has been out for over a week now, and the first main update for the game has been rolled out today. The update brings some essential updates to the game that are a great addition to many fighting games, such as LAN support. Also introduced is an Arena mode, which allows you to play in the same game-type as ranked mode, but either locally or with friends. Basically, Arena mode brings in 2-round matches for local and friends play, along with a few other minor changes. Arena mode also introduces a spectator feature, in which two other players can join the game and watch the two players punch it out.

In order to activate LAN mode, you need to go into the main menu and press L+R while the left stick is held. This seems a little complicated, but its probably like this in order to prevent people from accidentally switching to LAN mode then wondering why they can’t join any online matches. Finally, the update brings in a few bug and error fixes. First off, Kid Cobra and Byte&Barq weren’t playing well with the snakeboard, with Kid Cobra continuously charge dashing, and Barq warping during a special move rush. There’s also been a fix for the Ribbon-Girl stage, where some hits weren’t properly registering on the purple boxes.

The final change introduced is actually kinda funny: in the story mode, Biff would sometimes say “AMRS Grand Prix” instead of “ARMS Grand Prix,” which has now been fixed. How this slipped through testing is something of a mystery, but at least this tiny error has been amended. You can read the full patch notes by heading this way (if you can’t read Japanese, like many of us, someone over at NeoGAF translated them).