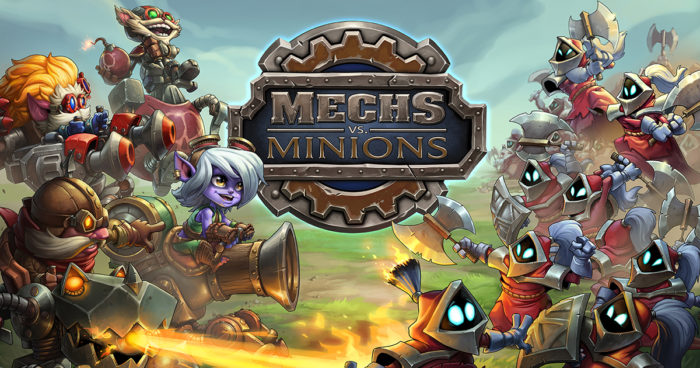 Riot Games’ League of Legends is undisputedly one of the biggest games in existence. From one of the largest player bases to consistently being one of the most streamed and viewed) games on Twitch, the MOBA titan is here to stay. Naturally, Riot has expanded into other ventures, featuring their popular characters on things like apparel and Funko POP! figures.

Now, League of Legends makes a return in a beloved, albeit niche field: tabletop games. Mechs vs Minions was previously sold in limited quantities before becoming unavailable. The game seems to have done well enough that Riot is bringing it back for a second wave of 15,000 copies. The game can only be ordered through their official merchandise website here.

Mechs vs Minions is a cooperative tabletop game, allowing for 2-4 players. Players will be working together, as opposed to a competitive tabletop game. Featuring a healthy mix of smarts and pure insanity, players have the option of playing as four yordles, Heimerdinger, Tristana, Ziggs, or Corki. The campaign has Rumble, another yordle inviting the four playable champions to learn about building tech in order to combat minions. While each playable character has their own handcrafted figure, Rumble exists only through the instruction manuals, acting as a guide of sorts. The game consists of hundreds of pieces and cards, making the game a solid part of anyone’s tabletop collection. An average playtime of a campaign lasts for about an hour to 90 minutes.