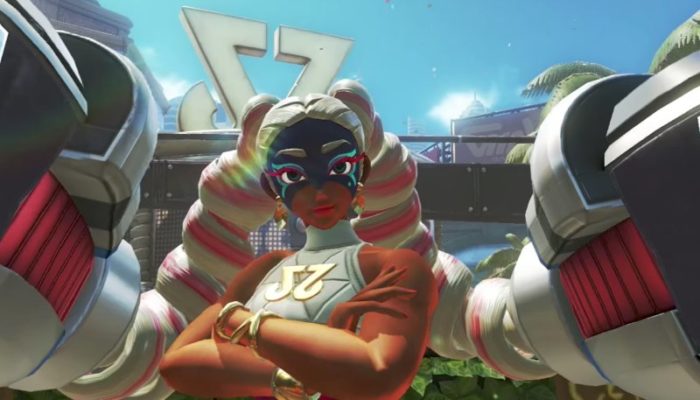 ARMS is loaded with quirky and unique characters that each have their own fighting styles and origins. Nintendo UK has recently shared a video highlighting one of the playable fighters named Twintelle. This star-studded boxer is famous not only for being deadly on the battlefield but also because she is an A-list actress. Unlike most of the other playable characters, Twintelle doesn’t actually fight with her fists but instead uses her spiral hair to dish out some major damage.

The introduction video showcases her default weapons which are the Chilia, Parasol, and the Thunderbird. She also makes the most out of her celebrity status with her signature ability that utterly starstrikes her opponents. This allows her to slow down time for a short period, allowing her to create some interesting combos and even evade incoming blows.

Twintelle is one of the three newly announced fighters to make it into ARMS. She is, however, not included as a playable character in the ongoing Global Testpunch so fans will have to wait until the full game to play as her.

Join the fight with Twintelle and the other challengers in ARMS, which is slated to release on June 16 for Nintendo Switch.