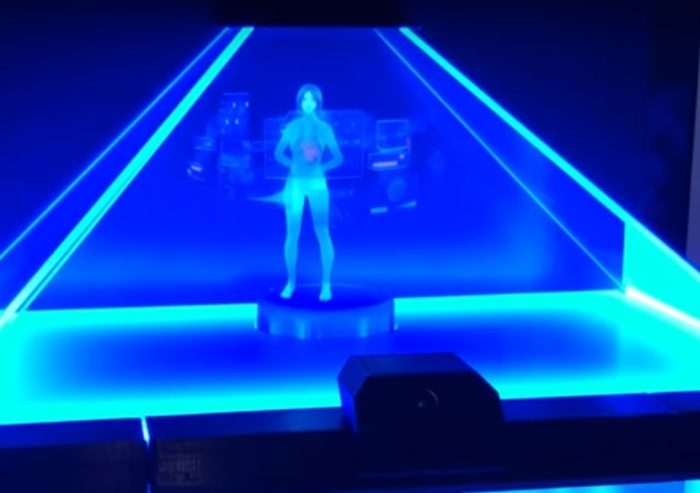 There are many things that define Halo, least of which is its co-lead, Cortana. The artificial intelligence is more often than not, a voice that you hear in your head while playing a game, but fan and creator Jareem “untitled network” Archer has decided that she needs to be a real life hologram. Not only that, but she’ll also respond to questions that you’ve got. Check it out in the pretty cool video down below.

As Archer describes it, he thinks that Cortana would be Microsoft’s equivalent to Siri or Alexa if they swapped in the Halo character. It’s still a work in progress, and currently runs on Windows 10’s version of the Halo character. Its specs include 4 GB of RAM, the Unity 3D app to animate her in different angles, a proxy service that transfers data to and from the native web service, and a face tracking via a front facing camera. Archer’s wife handled the mocap of the AI, and she endured “many takes” of motion capture in their living room. He thinks that she can be used both for knowledge-based questions, and eventually home automation and music tasks.

Here’s hoping that this version of Cortana doesn’t go through Rampancy. We’re already dealing with that in the Halo games, and that’s proven to be quite a challenge.